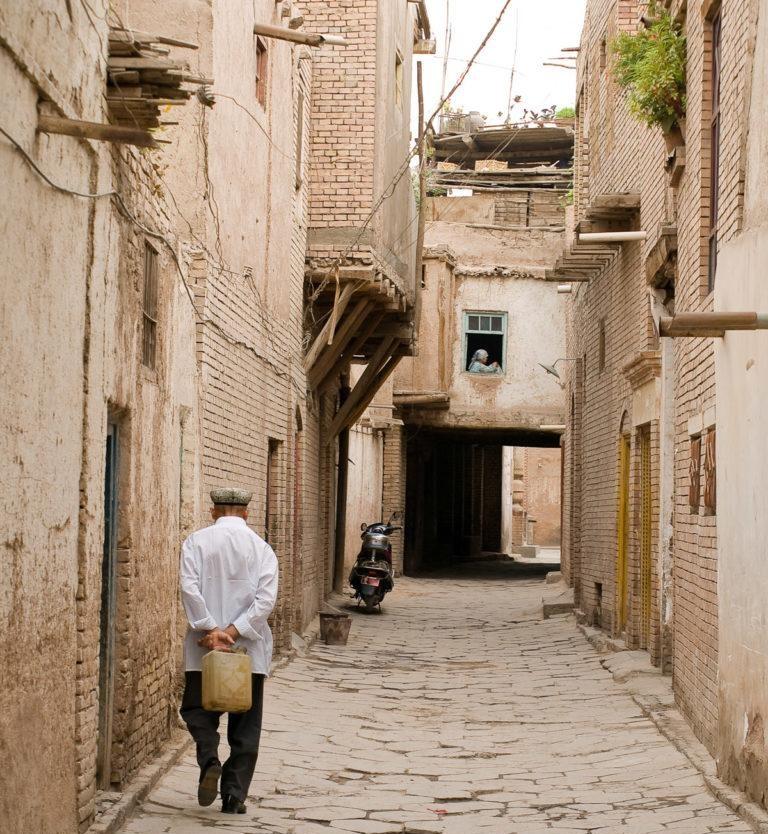 Throughout history, Uyghurs have mostly been independent and therefore some sentiments for a separate state exist in the region. Uyghurs are Turkic in origin – different ethnically, culturally and linguistically – and have lived under a Muslim state since they converted to Islam many centuries ago. Hui people on the other hand are Muslims who are ethnically undistinguishable from the majority Han Chinese.

In history, Hui Muslims have been loyal to the Chinese rule and in fact many times fought against the Uyghurs on the government’s behalf. Thus Uyghurs and Hui, despite being Muslims, do not get along well and each stay in their own communities and even pray in their own mosques. However, such sentiments have lessened as Muslims of different ethnicities are increasingly binding together as one community.

The problem is amplified due to international politics as superpowers battle for influence and dominance. The United States has been funding and supporting the Uyghur separatist movement for decades. It is hard to believe that the US can be helping selflessly or in the best interest of the Uyghur people.

In recent decades, abundant oil and mineral reserves have been found in Xinjiang and it is currently China’s largest natural gas-producing region.

Fasting in Ramadan is reported as ‘extremist’ behavior to the government

Abuse of ‘the War on Terror’

In the immediate aftermath of 9/11 and the “war on terror,” the Chinese government lost no time in further restricting the lives of Muslims in Xinjiang. Claiming extensive ties existed between separatist groups in Xinjiang and international terrorist networks, China used their support of the “war on terror” as justification for a widespread attack on all forms of popular resistance to state policies in Xinjiang.

In a November 2001 visit to China, United Nations High Commissioner for Human Rights Mary Robinson warned China not to use the American-led campaign against terrorism as a pretext to suppress ethnic minority groups. Unfortunately, China did not heed those warnings.

The tiny separatist movements have not been Islamic – they were either secular, communist, or more recently, “al-Qaeda” in nature, none of which are reflective of mainstream Muslims. This calls to question the integrity and validity of these movements.

Due to some al-Qaeda-style attacks between 2007-2015, China has brought in draconian measures to fight what it says are three evils: “separatism, terrorism, and religious extremism.”

The state has conflated the practice of Islam with separatist activity and completely overreacted in illegally prohibiting almost all forms of Islamic education and public religious practice. Thousands of Uyghurs in Xinjiang have been thrown in jail and sentenced without public trial. An untold number have been executed upon being accused of political crimes.

China has also implemented extreme methods of assimilation, which many see as an ethnocide: the deliberate and systematic destruction of the culture of an ethnic group. What is even more disturbing is the coercing to adopt communist ideology and abandon Islam and Islamic practices and appearances.

Putting them through re-educational camps, Uyghurs are made to sing praises of the Communist Party. Mosques have been destroyed, fasting in Ramadan is reported as “extremist” behavior to the government, parents cannot name their children Muhammad, women have been forcefully sterilized, and more.

Although Muslims throughout China face a diversity of challenges and are the subject of a wide range of discriminatory actions, the situation for the indigenous peoples of Xinjiang is unprecedented in its severity, surpassing even the repressive policies facing the Tibetans.

There are also reports that the wealth produced from Xinjiang’s resources is mostly enjoyed by the Han and not the Uyghurs.

Although there are numerous reports made by the Chinese state and often repeated in the Western press that radical separatism is a common desire in Xinjiang, in fact, the overwhelming majority of Uyghurs in Xinjiang, while not uncritical of China’s policies, are resigned to the reality of Chinese rule. The small number of violent protests are resented by most and seen as adding to the state’s further justification of political crackdowns and control.

Uyghurs speak with increasing despair of their desire simply to be allowed to practice their religion, continue to use their language in their studies, and uphold their traditional cultural practices, as citizens of China.

If history is any proof, allowing people the freedom to practice their religion has resulted in the state and society flourishing, while oppressive tactics have only brought conflicts, violence and the downfall of empires. It is impossible to force people to accept a state’s views.

It is important that Muslims and Muslim leaders deter China from implementing its extreme approach. The Communist Party must not forget the important role Muslims have played in critical times of Chinese history and the promise it made before coming to power. If China is concerned about separatism (although the Uyghur sentiment has its own merit), it can be handled in an easier and more humane manner without curtailing religious freedom.

Muslims have lived as peaceful, law-abiding minorities in China for over a thousand years, and Muslims continue to live as minorities in many countries where they are free to practice Islam. There is no need to compromise Islam because the spread of true Islamic knowledge serves to eliminate terrorism.