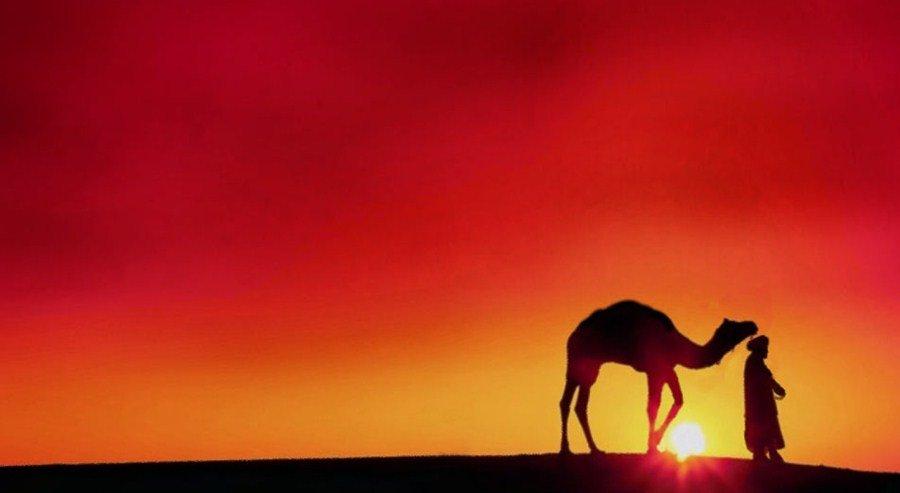 They said to one another: “You know, by Allah, that your people are not following anything (any true path), and they have deviated from the religion of their father Ibrahim (Peace be upon him);(Abraham). What is this stone that we circumambulate, which can neither hear nor see, and can neither cause harm nor bring benefit? O people! find yourselves a religion, for you are not following anything!” So they split up and traveled to different lands seeking the religion of Ibraahem.1

HISTORIC texts have preserved for us the stories of four wise men of Quraysh who withdrew from the people during one of the festivals of Quraysh that celebrated an idol. The men were Waraqah ibn Nawfal, ‘Ubaydullah ibn Jahsh, `Uthman al- Huwayrith ibn Asad and Zayd ibn Amr.

Before the prophethood of Muhammad ﷺ, there was nothing left of the heavenly light which the prophets had brought except the faintest glow which was not enough to guide people or show them the way revealed by Allah, because that way had been lost and mixed with so much falsehood.

Waraqah ibn Nawfal followed the Christians, and learned about their books from their scholars, until he gained some knowledge from the People of the Book. Uthmaan ibn al-Huwayrith went to Caesar (Qaysar), the ruler of the Romans and became a Christian, and was held in high esteem by Caesar.

Ubaydullah ibn Jahsh remained in his state of confusion until he became a Muslim, then he migrated with the Muslims to Abyssinia with his Muslim wife Umm Habeebah bint Abi Sufyaan. When he reached Abyssinia, he became a Christian and died a Christian.

Zayd ibn Amr neither became a Jew nor a Christian.2 He left his people and shunned the idols. He avoided dead meat, blood and the meat of animals that had been sacrificed to idols.

He said: “Allah created the sheep; He sent down water for it from the heavens and caused food to grow for it from the earth, then you slaughter it in a name other than that of Allah!”

He spoke out against the practice of burying infant girls alive. He used to (rescue and) protect girls who were buried alive. He would say to a man who wanted to bury his daughter alive, “Don’t kill her, I will take care of her.” He would take the child, and when she grew up he would say to her father, “If you want I will give her to you, or if you want I’ll take care of her.“3 He denounced them and pointed out the enormity of their actions.

Zayd ibn Amr went out to Syria asking about a religion he could follow. He met a Jew scholar and asked him about their religion, saying, “Perhaps I will follow your religion, tell me more about it.”

He said, “You cannot follow our religion unless you take your share of the wrath of Allah.”

Zayd said, “The anger of Allah is what I am running away from! I can never bear anything of the wrath of Allah, how could I bear it? Can you tell me about any other religion?”

The Jew said, “I do not know for any other religion except being a Haneef.”

Zayd said, “What is a Haneef?”

He said, “The religion of Ibrahim (Peace be upon him). He was neither a Jew nor a Christian, and he worshipped nothing but Allah.”

Then Zayd went and met a Christian scholar and asked him about his religion, saying, “Perhaps I will follow your religion, tell me about it.”

He said, “You cannot follow our religion unless you take your share of the curse of Allah.”

Zayd said, “The curse of Allah is what I am running away from, I can never bear anything of the curse and anger of Allah, how could 1 bear it? Can you tell me about any other religion?”

The Christian said, “I do not know of any other religion except being a Haneef.”

Zayd said, “What is a Haneef?”

He said, “The religion of Ibrahim (Peace be upon him). He was neither a Jew nor a Christian.”

When Zayd heard what they said about Ibrahim, he went out, raised his hands and said, “O Allah, bear witness that I am following the religion of Ibrahim (Peace be upon him).”

Asmaa’ bint Abi Bakr (may Allah be pleased with her) said, “I saw Zayd ibn ‘Amr standing, leaning back against the Ka‘ bah, saying, “O Quraysh! By Allah, no one among you is following the religion of Ibrahim (Peace be upon him); except me.“4

The Messenger ﷺ said, “I entered Paradise and I saw two gardens for Zayd ibn Amr.” And when asked about Zayd, he ﷺ said: “He will be gathered as a nation on his own, between me and ‘Eesa ibn Maryam.“5

After the period of darkness, the light of Islam was sent upon the last messenger of the Almighty ﷺ. It illuminated the minds of the people and guided them towards the truth, the religion of all prophets, peace be upon them all.