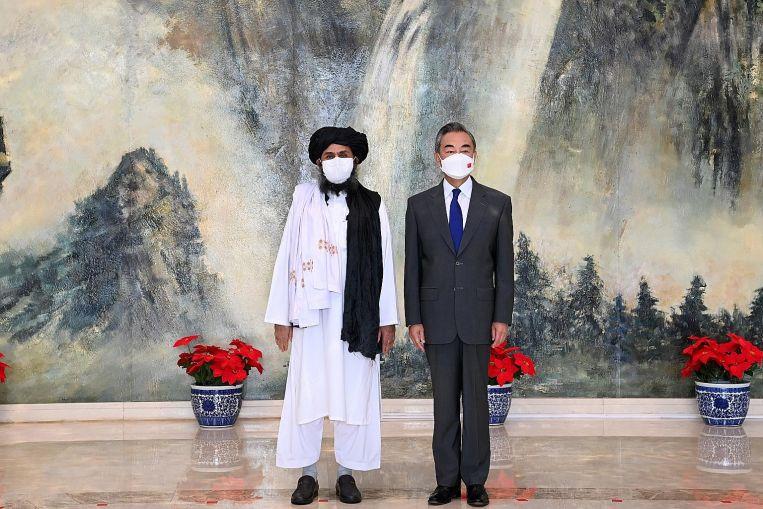 World Reactions to the Taliban Takeover

The Taliban were regularly meeting with foreign powers in the months before the complete takeover of Afghanistan. They attended peace meetings in Qatar and Russia, and met with the Chinese (left). Reports mention that the Taliban held several secret meetings with US officials during the presidency of Donald Trump.

Prime Minister Imran Khan said the Taliban had “broken the chains of mental slavery in Afghanistan.”

China is ready to develop “good-neighbourly, friendly and cooperative relations with Afghanistan,” a foreign ministry spokesperson said. Beijing welcomed the Taliban’s promise “that they will allow no force to use the Afghan territory to engage in acts detrimental to China and its expression of hope that China will be more involved in Afghanistan’s peace and reconciliation process and play a bigger role in future reconstruction and economic development.”

“If we compare the negotiability of the colleagues and the partners, I have long since decided that the Taliban is much more able to reach agreements than the puppet government in Kabul,” Zamir Kabulov, Russia’s presidential envoy to Afghanistan. “Recognition or non-recognition will depend on the conduct of the new authorities.”

“Afghanistan stands at a crossroad. Security and wellbeing of its citizens, as well as international security, are at play,” said Josep Borrell, vice president of the European Commission.