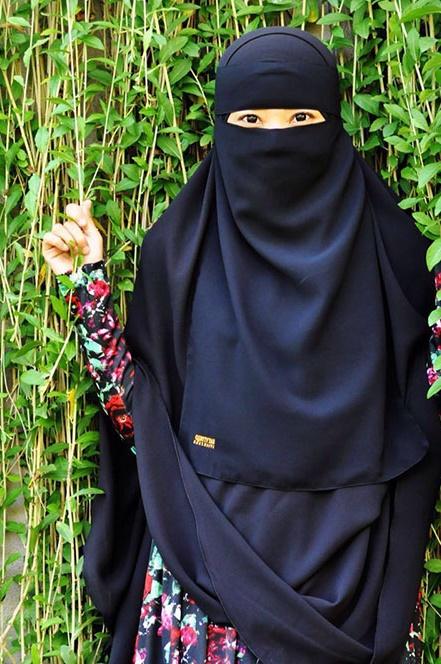 More Muslim Women Are Wearing Niqab During The Pandemic

One year into the pandemic, protective face masks have become a part of life in many countries.  For Muslim women in the West who wear the niqab, the experiences have been quite positive.  They report less prejudice, and many have in fact found this an opportunity to start wearing the niqab.

Anna Piela, a visiting Scholar in Religious Studies and Gender at Northwestern University in the US, interviewed several women about their experiences of wearing the niqab in April 2020 and January 2021.

According to the study, many recently adopted the niqab because walking around with a covered face became less daunting as more people appeared in public with face masks.

A woman from Illinois said: “There are so few of us, and still we were told we were a threat to society because we covered our faces.  Now that argument has just disappeared.  I just hope this sentiment doesn’t make a comeback once the pandemic is over.”

…this is the perfect opportunity for any Muslimah to start wearing the niqab.

In April 2020, niqab-wearing women reported decreased levels of the kinds of prejudice they experienced before the pandemic.  They attributed this to the new reality that everyone was wearing a facial covering.  Many enjoyed the sense of “invisibility” while wearing the niqab.

In January 2021, the researcher spoke with 16 women who said that the niqab had become a much more accepted option among the pandemic masks.  Many women were switching from wearing it only occasionally outside their homes to every time they were in public spaces.  Some actually adopted this garment for the first time in their lives.

SWITCHING TO THE NIQAB

In an online poll, she found 14 women out of 51 who responded who decided to begin wearing the niqab during the pandemic.

One anonymous respondent commented: “I feel this is the perfect opportunity for any Muslimah to start wearing the niqab.  I would if I didn’t already.”

Another wrote: “It’s been a flawless transition [to wearing the niqab].  No one says a word.”

Another stated, “I’d been experimenting with the niqab before, but now, since COVID, I have worn the niqab full time.”

Following years of doubt about the safety of wearing the niqab in their neighborhoods, they felt this was the best time to try.

I wanted to wear the niqab for a long time, but I live in a very white area.  I was afraid…

A woman from Pennsylvania who began wearing the niqab in late 2020 said in a message: “I wanted to wear the niqab for a long time, but I live in a very white area.  I was afraid – I don’t like to be stared at and I already get enough of that in my hijab.  With everyone wearing a mask, I figured now’s the time.  At first, I wanted to only test it out, but literally nobody looked at me twice.  So I’m just wearing it, with a mask underneath.”

Studies have shown that Muslim women in the West are more likely to experience prejudice in public spaces, employment and other services, when they dress religiously.  Over 80% of the women that the researcher interviewed for her book said they experienced some form of abuse in public, such as hostile stares, comments, having the niqab ripped off or being physically injured.