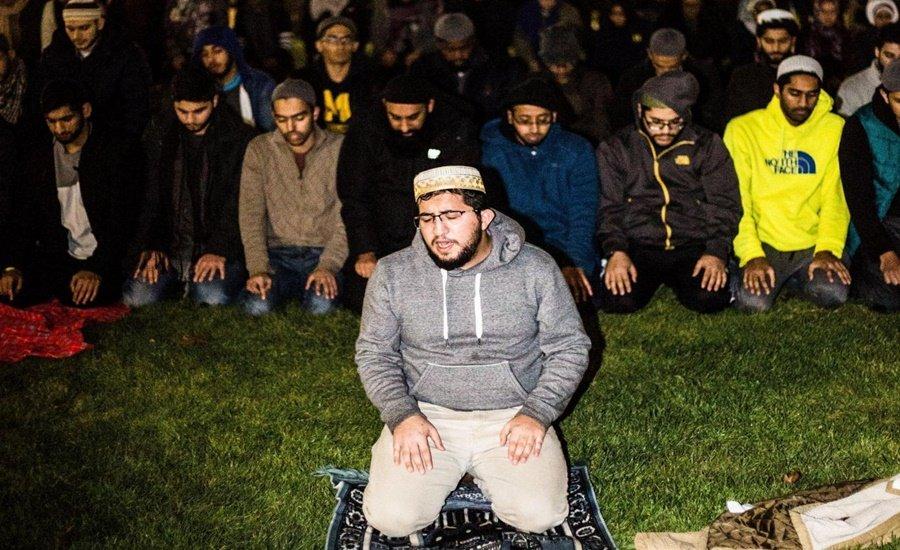 Farhan Ali (President of the MSA) leading the prayer

HUNDREDS of students at Michigan University formed a circle around their Muslim classmates so they could pray safely after a woman wearing a headscarf was threatened.

According to Ann Arbor police, a man ordered the woman to remove her headscarf and said he would set her on fire with a lighter if she refused.

Farhan Ali, president of the MSA, said he was “overwhelmed” when hundreds of people arrived to stand guard as they performed a group Ishaa prayer, the final of five daily prayers, in the University’s main square.

Mohammed Ishtiaq, the university’s Muslim chaplain, told the Huffington Post that both the Jewish and Christian communities on campus came out to show their support. He said some members of the crowd held signs that read: “You Belong Here.” — Huffington Post