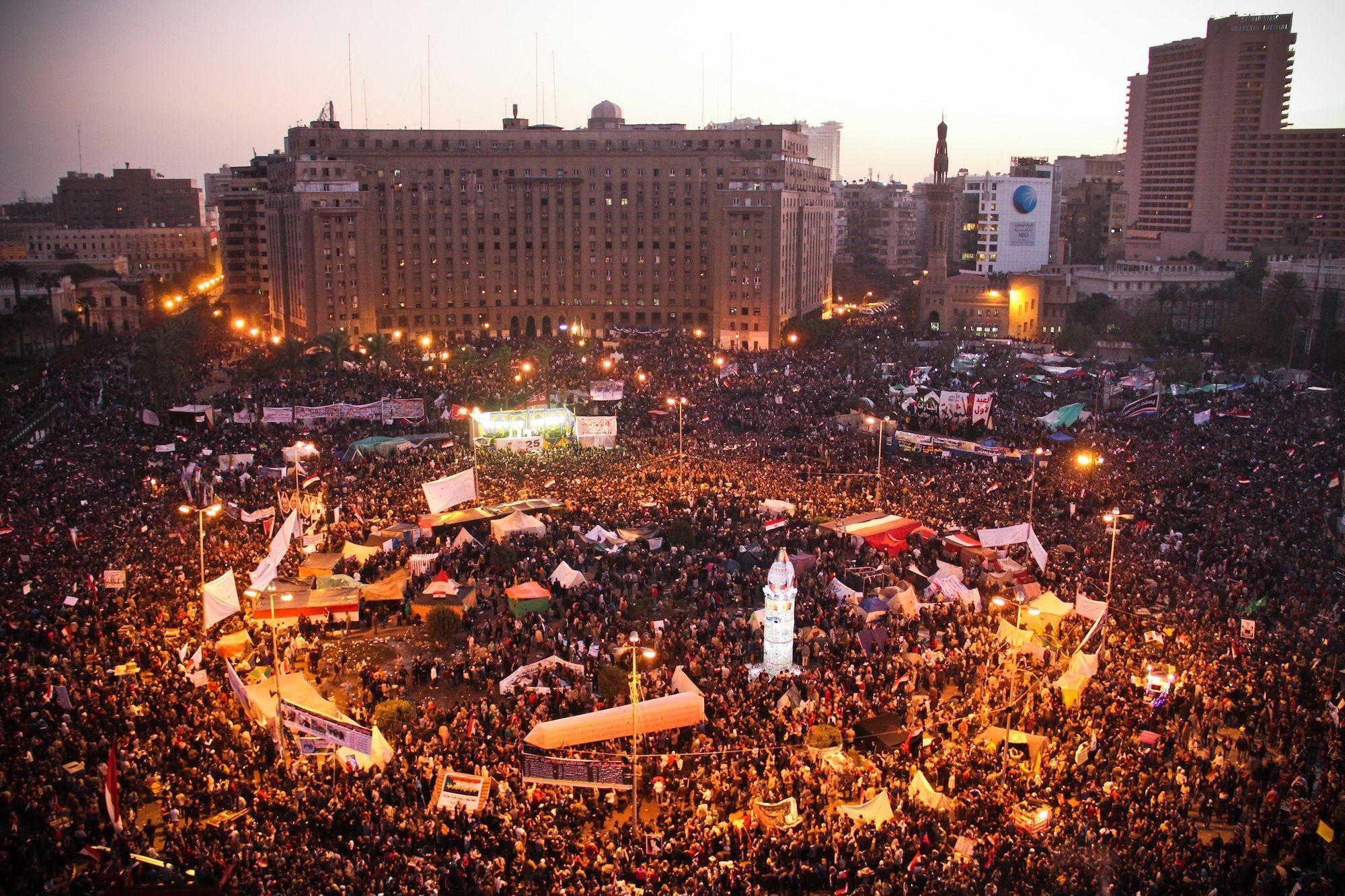 All news articles, and this one in particular written by a former Israeli foreign minister, are being shared for information purposes only. We do not necessarily support their views.

TEL AVIV: When the struggling street vendor Mohamed Bouazizi set himself alight in Sidi Bouzid, Tunisia, on December 17, 2010, he could not possibly have imagined how consequential his desperate protest would be. By sparking a wave of civil unrest across the Arab world, he touched off the region’s most profound transformation since decolonization.

Most of those who managed to overthrow their autocrats in the so-called Arab Spring didn’t see their democratic hopes blossom.

In Syria, President Bashar al-Assad managed to hold onto power – at the cost of plunging his country into a brutal civil war that has killed more than a half-million people, forced millions to flee the country, and left millions more internally displaced. The conflict returned Syria to the Russian fold, and turned its territory into an Iranian-Israeli battlefield.

Most of those who managed to overthrow their autocrats in the so-called Arab Spring didn’t see their democratic hopes blossom. Yemen’s “Coffee Revolution” quickly evolved into a civil war between the central government and the Iran-backed Houthi rebels. Though Saleh eventually resigned, the Yemeni people got no relief. On the contrary, Saudi Arabia led a brutal intervention against the Houthis, turning Yemen into the site of a savage proxy war with Iran. The result has been the world’s worst humanitarian catastrophe.

As for Libya – already an artificial colonial creation – its regime change, brought about by Western humanitarian intervention, was chaotic. Since 2011, the country has been subsequently torn apart by fighting among forces backed by a variety of external actors, including Egypt, Russia, Turkey, and the United Arab Emirates, as well as renegade generals and local warlords.

The dominos continued to fall for years, with Algeria’s Hirak Movement erupting in February 2019 – six days after Abdelaziz Bouteflika announced his candidacy for a fifth presidential term. The protests drove Bouteflika to resign, and resulted in a large-scale boycott of the presidential election in December 2019. The winner of that election, Abdelmadjid Tebboune, is merely a new civilian face for seemingly eternal military rule.

The Arab Spring exposed the innate fragility of many of the affected states.

The Arab Spring exposed the innate fragility of many of the affected states. While some leaders managed to hold onto power, and some repressive military apparatuses remain robust, weak legitimacy, often based on rigged elections, leave them highly vulnerable, especially in the face of tribalist and Islamist sentiment. (It is no coincidence that the Arab monarchies – Morocco, Jordan, and Saudi Arabia – which derive their legitimacy largely from religious sources, fared much better than the pseudo-presidential republics.)

By exposing state weakness, the Arab Spring opened the way for the rise of the Islamic State, a Sunni terrorist group, in parts of Syria, Iraq, and the Sinai Peninsula where central governments had no control. Though local and international forces eventually dismantled ISIS’s “caliphate,” the group still has affiliates in Egypt, Syria, and Libya. As long as the problem of state weakness goes unaddressed, Sunni warlords will continue to emerge.

People seem to be pinning their electoral hopes on political Islam, which has emerged as the main alternative to secular autocracy over the last decade. Wherever free elections took place, Islamist parties won power. Tunisia’s moderate Ennahda party, for example, was integral to making the country the Arab Spring’s only true success story, with all three elections since 2011 having led to peaceful transfers of power.

In Egypt, the Muslim Brotherhood’s Mohamed Morsi won the presidency in 2012. But, after just over a year in power, the military, led by Field Marshal Abdel Fattah el-Sisi, ousted him and installed a regime even more repressive than Mubarak.

In his recently published memoir, Barack Obama confessed that if he were a young Egyptian, he would have joined the protesters in Cairo’s Tahrir Square in 2011.

No story of the Middle East’s recent transformation can be complete without the United States. In his recently published memoir, Barack Obama confessed that if he were a young Egyptian, he would have joined the protesters in Cairo’s Tahrir Square in 2011. Instead, as US president, he sacrificed America’s two closest regional allies, Mubarak and Ben Ali, opening the way for a redrawing of the Middle East’s strategic map.

As Mohammed bin Zayed, Crown Prince of the Emirate of Abu Dhabi and Deputy Supreme Commander of the UAE Armed Forces, made clear to Obama, allowing Mubarak’s ouster and accepting Morsi’s electoral victory gave the impression that the US was not a reliable long-term partner. Compounding this sense of betrayal among America’s Arab partners, Obama subsequently negotiated the Joint Comprehensive Plan of Action (JCPOA) with Iran, and rebalanced US strategic priorities toward Asia, thereby opening the way for Russia to expand its influence in the Middle East.

Non-Arab regional powers – Iran, Turkey, and Israel – have also been quick to capitalize on Arab woes. While America was busy fighting ISIS, Iran helped rescue the embattled Syrian regime and deployed its own forces along Israel’s borders. Its reach now extends from Syria and Iraq to the shores of the Mediterranean in Lebanon.

As 2021 begins, the geopolitical terrain in the Arab world will continue to shift.

Meanwhile, Turkey has become the dominant force in Northern Syria, where it claims to be preventing an autonomous Kurdish state from emerging on its doorstep, and has consolidated its military presence in Qatar. Even the influx of Syrian refugees to Turkey has become a powerful bargaining chip for President Recep Tayyip Erdogan, who has threatened to send millions to Europe if its leaders criticize his […] practices.

But perhaps the most shocking outcome of recent upheaval in the Arab world relates to Israel. Viewing the country as a necessary power broker in America, and now a reliable ally in the fight against Iran, a number of Arab states – Bahrain, the UAE, Morocco, and Sudan – have normalized bilateral relations. Once Saudi Arabia follows suit, the Arab-Israeli conflict will effectively end, even though the Palestinian question remains unresolved. This is a dramatic paradigm change in Middle East politics.

As 2021 begins, the geopolitical terrain in the Arab world will continue to shift. The outcome will depend on a number of factors, not least whether – or when – the goal of democracy mobilizes Arab populations once again.

Shlomo Ben-Ami, a former Israeli foreign minister, is Vice President of the Toledo International Center for Peace. He is the author of Scars of War, Wounds of Peace: The Israeli-Arab Tragedy.