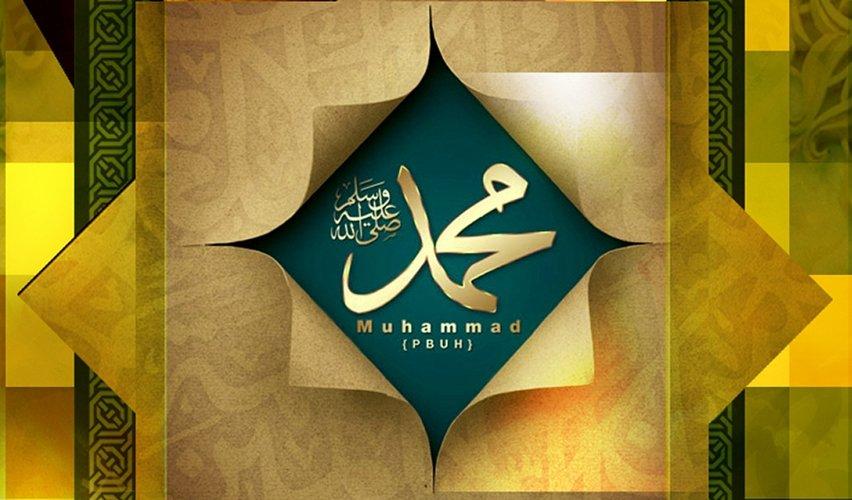 Why ‘Muhammad’ is the most popular name among Muslims

How many Muslims do you know whose name, or at least one of his two names, is Muhammad? Chances are, many!

Muhammad ﷺ is loved and followed by over a billion people in the world. And his name is perhaps the most popular one among Muslims worldwide to name their children after.

Recent reports claimed that this blessed name had become the most common name for babies in Britain. The reports have since been found to be exaggerated and false. The media of course was merely doing its job raking up Islamophobia and spreading the fear of Muslims.

Regardless, there is no doubt about how much beloved is his name to Muslims. Despite Muslims being less than 5% of UK’s population, ‘Muhammad’ is the country’s 15th most popular name. In many cultures, Muslims have two names: one, Muhammad and the other, what the person is named after.

Subhan Allah for the love and honor he has in the world.

I am reminded of how Prophet Muhammad ﷺ was vilified in the early days of his prophetic mission, which was simply to invite people to worship One God alone and quit worshiping the idols.

The Prophet’s then only son, Qasim, had passed away very young. [In fact none of his three sons survived.] His uncle Abu Lahab, who was a staunch opponent of Islam, made fun of him saying Muhammad ﷺ would have no one to carry forward his legacy and that his roots would be cut off.

Allah revealed Surah al-Kawthar in reply and said the opposite would happen: those who hate the Prophet ﷺ would be cut off.

Subhan Allah, this is exactly what happened. We find absolutely no legacy of Abu Lahab today. But the legacy of Muhammad ﷺ is unsurpassed by anyone in history and will remain so till the Last Day. He was the last messenger of God. The chosen one. The best of all messengers. The role model. The guide for humanity until the Last Day.

Let our naming convention alone, his blessed name, which means “the praised one”, is perhaps mentioned thousands of times every second of every single day (!) – whether that be in the form of adhan, salah, shahadah, salawat or dhikr – across the world.

If only the adhan doesn’t stop for a moment, then what about the amount of dhikr, du’a and praise that goes on for him?

Shouldn’t this be a sign enough that he is indeed a true prophet of God? Blessed is Allah, the Almighty. He has truly honored His prophet ﷺ and the religion He chose for His creation.

Last week, we asked you, our dear readers, why you feel ‘Muhammad’ is the most popular name among Muslims. Thank you for the wonderful responses and here is what you all said:

“Undoubtedly, Muslims like the name, Muhammad because it was the name of their Prophet. Additionally it reflects Islamic identity, so in some countries people add it before the chosen name of their child. (This was not the practice of the first generations, however.) Wa Allahu aʽlam.” — Umm Muhammad

“The name of Prophet Muhammad is a representation of an epitome of all the good qualities that the human beings can possess starting from Prophet Adam to the last person on the earth. Every parent hopes by giving an exemplary name with their kids would stand to the expectation and purity of intention.” — Mohammed Rafiq

“I think the meanings of our name has an influence on us and Mohammad is the name of our beloved prophet who is also known to be the most righteous and the best human being ever known. Probably everyone wants their child to have all kinds of positive influence so the name is getting popular.” — Tahsin Noor

“Muhammad is the most popular name because it is the name of our beloved prophet Muhammad ﷺ. The best man to walk the earth and the beloved to our lord.” — Ayesha Babajan

“Because by saying this name we kiss it three times – Mu-ham–mad.” — Sabzar Hamid

“Allah subhanahu wa ta’ala chose this name for the Prophet that He sent. So we know it is the name He likes best. The meaning of the name is –‘the one most praised’. We love our Prophet above all human beings. We would like our children to emulate the Prophet and imbibe the qualities as he lived them in his lifetime.” – Amena Tanveer

If you would like us to add your responses, please leave them in the comments and we’ll update the article In-sha Allah.