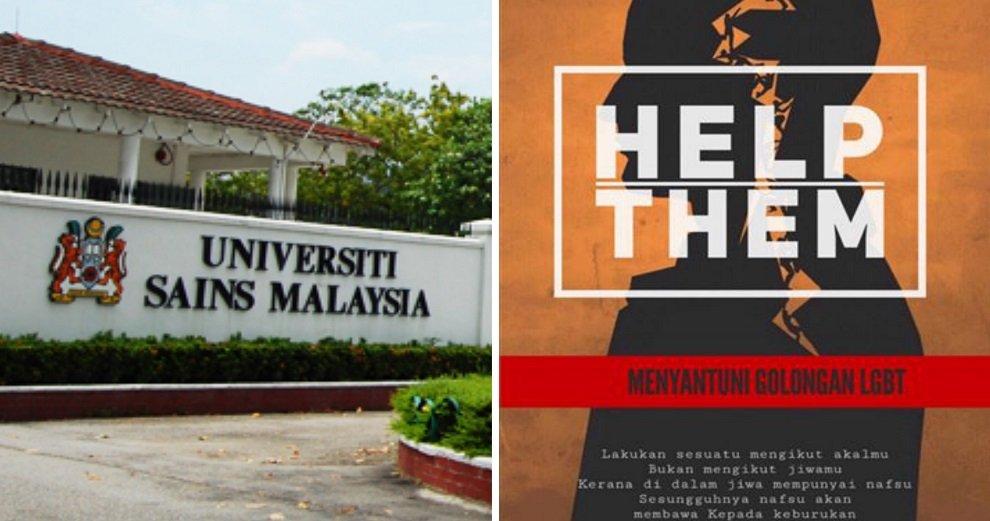 Malaysia university students hold ‘Back to Fitrah’ forum for LGBT

MALAYSIA: Muslim Students’ Association of Universiti Sains Malaysia recently held a forum to explain disorders in sexual orientation. The forum, titled ‘Back to Fitrah’, emphasized the importance of natural instincts and sought to guide those influenced by the LGBT.

In the library of the university’s mosque, Abdul Hadi Radzi, a second-year English major at USM and one of the Back to Fitrah organizers, explained his goal for the event as “menyantuni LGBT,” which translates to “reach out to LGBT.”

“We are trying to educate people,” he said. “This is our view to correct LGBT. Not to persecute.”

Radzi and his fellow Back to Fitrah organizers said their ideas for their LGBTQ peers are grounded in compassion.

“We want to help. We love them,” he said, adding that the organizers’ efforts are part of being Muslim.