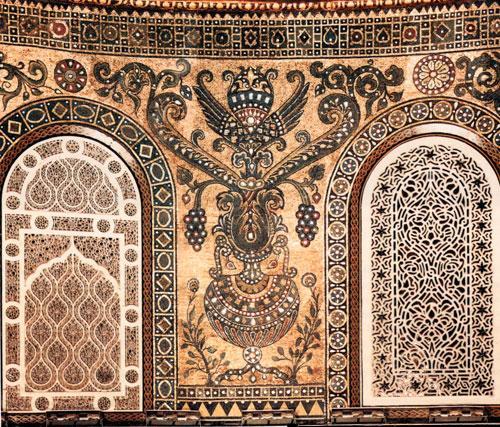 The mosaic walls inside the Dome of the Rock have been restored through a project funded by Jordan. — File photo

AMMAN Jerusalem’s Awqaf Department and Awqaf Council announced in the end of 2016 the completion of “two historic projects” as part of the Hashemite restoration for Al- Aqsa Mosque, the Jordan News Agency reported.

A delegation headed by Raef Najem, a member of the Hashemite Fund for the Restoration of Al Aqsa Mosque and a former awqaf minister, visited Jerusalem for the official ceremony to mark the projects’ completion.

During the ceremony, Najem said Al-Aqsa currently faces “the worst forms of injustice” and attempts by the Israeli occupation authorities to block the restoration process, and alter its features and identity.