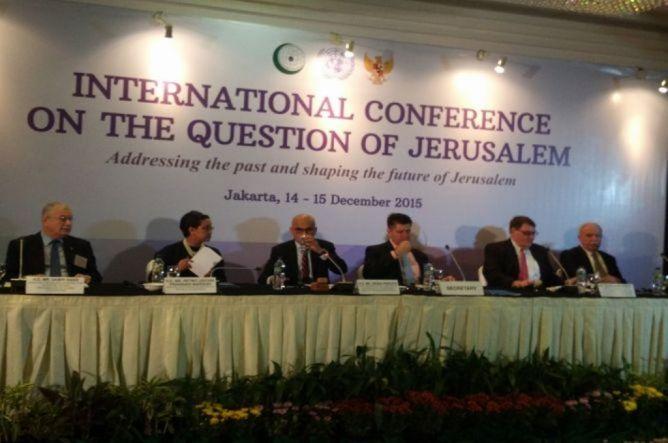 JAKARTA – A two-day International Conference on the “Question of Jerusalem” was held in Jakarta, Indonesia on Dec. 14-15 under the theme “Addressing the present and shaping the future” of the city also known as Al-Quds Al-Sharif.

The Conference was convened by the UN Committee on the Exercise of the Inalienable Rights of the Palestinian People and the Organization for Islamic Cooperation (OIC). Retno Lestari Priansari Marsudi, Minister for Foreign Affairs of Indonesia, said her country was proud to host the conference, particularly because Jakarta was Al-Quds Al-Sharif’s sister city. She said that, while ongoing conflicts in Syria and Yemen and growing threats of ISIS had diverted the international community’s attention from Palestine, it was to be hoped that the Conference could provide an important impetus towards bringing the issue back onto the global radar. – News Agencies