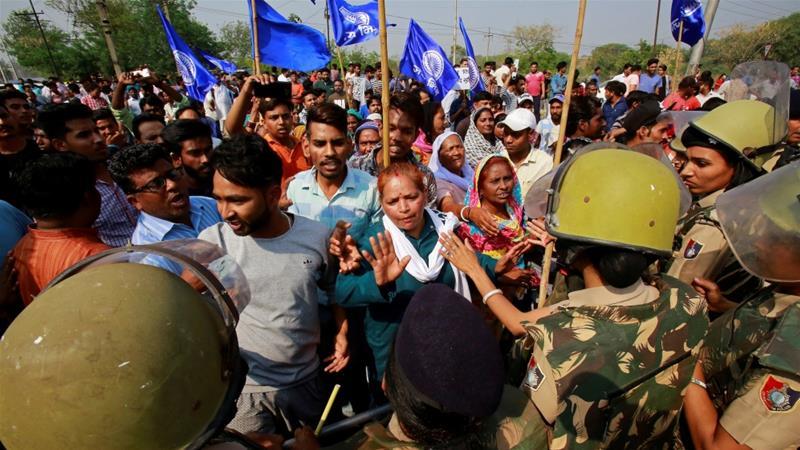 Indian Dalits say ‘we will convert to Islam’ to escape persecution

India, where an age-old caste system is still practiced in many parts of the society, frequently sees reports of violence against the Scheduled (or “the untouchable”) Caste/Tribe by those who believe they are from the “Upper Caste”.

Recently an upper caste mob attacked a Dalit community in the northern state of Rajasthan. The next day the injured Dalit men gathered and vowed to “convert to Islam” if similar incidents happen in the future.

Narrating the ordeal this Dalit community had to experience, Ashiwin Jatav showing his bruised back said, “They checked our identity cards to make sure we were Dalits before they thrashed us. They were all from upper castes and didn’t even spare the women.”

47-year-old Pushpendra Jatav said, “We were specifically targeted by the upper castes, who united against us… If this goes on, we will have no choice but to convert to Islam.”

Muslims, who make up 20% of the Indian population, do not have such caste systems as Islam sternly prohibits such division terming them as jahiliyya. “No Arab is superior to a non-Arab and no non-Arab is superior to an Arab. No white has superiority over a black and no black has superiority over a non-white,” is the command that Prophet Muhammad conveyed to his followers and the entire mankind.

This aspect, along with the message that there is only One God that all humans should be equally devoted to, has been quite attractive to the historically-oppressed Dalit community in India. Over the ages many embraced Islam and found the peace and dignity that came along with it.