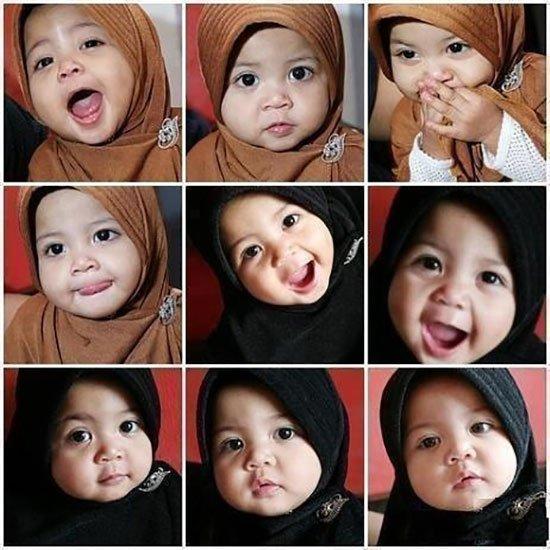 PSYCHOLOGISTS from the University of Westminster in London surveyed nearly 600 Muslim women in Britain and quizzed them on how they felt about their bodies, to understand the effect hijab has on a woman’s body image. The results were astonishing, with women who covered reporting better self-esteem and a more positive body image in comparison to women who didn’t cover.

The study, published in the August issue of the British Journal of Psychology included 200 women who said they never wore the hijab while others said they wore it at least sometimes. Out of the respondents, the women who wore the hijab at least some of the time, had more positive views of their bodies on average. They had less desire to be stick thin, appreciated their bodies more and weren’t as influenced by unrealistic beauty standards imposed by the media and popular culture.

While the study couldn’t conclude whether the hijab was the cause of the improved self-esteem in women who wore it, the findings coincide with three or four previous studies that concluded that more modest or conservative clothing is associated with a healthier body image.

Psychologist Vivek Swami of the University of Westminster thinks the hijab could protect women against dangerous social pressures to conform to unhealthy standards. “The reasons why women wear the hijab are incredibly complex. They can’t be boiled down to one or two things. The hijab seems to have a buffer on body image,” he says. “If somebody is objectifying a woman, the hijab might offer a sort of protection. … Any clothing like this would help to reduce sexualization of the body.”

“The take-home message, I think, is maybe that individuals who challenge society’s norms of beauty seem to have better body images,” Swami told NPR in an interview. “The hijab allows you to do that in a certain way [in Britain].”

Tabassum Ruby, who studies gender and women’s issues at Western Michigan University, is also quoted as saying says she’s not surprised the hijab is linked to a better body image.

“Wearing the hijab eliminates many of the hassles women have to go through — such as dyeing their hair,” she says. “For example, you’re getting old, and gray hairs, when you wear the hijab, you might not think about dyeing your hair because nobody sees it anyway.”

So wearing the hijab can be very liberating for some women, she says. It allows them — and others around them — to focus on their minds, not their bodies.

“There is a stereotype that women who wear the hijab are oppressed,” Ruby says, “that we [Muslim women] have no agency or power.”

But all societies and cultures have their own dress code, she says. They all have a way to construct femininity and masculinity. “Muslim societies aren’t exceptional in that respect,” she says. “But we don’t see them in that way because of the tension between the West and the Middle East.”

“We don’t question why woman in the West wear miniskirts and plunging necklines,” she says. “So why do we question the hijab?”

Most modern women who wear hijab might beg to differ on this point, as they don’t see covering as an excuse to ‘let themselves go’. Increasingly, Muslim women are taking better care of their health and appearance, however, they say they are doing this for themselves, their spouses and their families and not for public consumption, which is what makes the difference in their positive perception of themselves and their bodies.