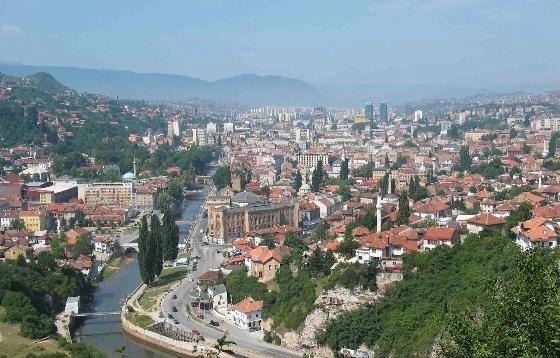 BOSNIAN banks, food producers and hoteliers are adopting halal standards to tap a fast-growing market thanks to the country’s large Muslim population, an influx of Gulf tourists and growing trade with the Arab world.

Bosnia has one of Europe’s largest indigenous Muslim populations. The country, half of whose population is Muslim, has become a regional hub for halal products since it set up Europe’s first agency for halal quality certification in 2006.

“Market potential is high because the phenomenon is new and there is a gap between demand and supply,” said agency head Amir Sakic, adding the halal market in the Balkans had grown by about 17 percent each year over the past decade. The agency has certified thousands of products from Bosnia, Serbia, Montenegro and Lithuania and helped Croatia, Serbia and Macedonia to establish their own halal quality agencies.

The halal market was worth more than $1 trillion in 2015, according to Deloitte Tohmatsu Consulting, and growing by about 15 percent a year.

The Gulf-owned Bosna Bank International (BBI), Bosnia’s only bank operating on Islamic principles, helps exports with its 550 million marka-strong ($300 million) portfolio of halal projects. “The halal industry is a corridor to the Islamic world because the largest investments today come from that part of the world,” said Amer Bukvic, the director of the BBI, which together with the Sarajevo Stock Exchange (SASE) launched the Balkans’ first Islamic share index of listed firms in October.

Gulf investors have bought large swathes of agricultural land and food-producing companies in Serbia and Bosnia to help address weaknesses in the supply chain of halal ingredients.

“The first thing that visitors from the Arab world look at is if there is a halal certificate,” said Saljo Mrkulic, an owner of two large hotels in Sarajevo. “It is expensive to maintain the certificate – organic food is more expensive – but in the end it pays back. You get more guests.”