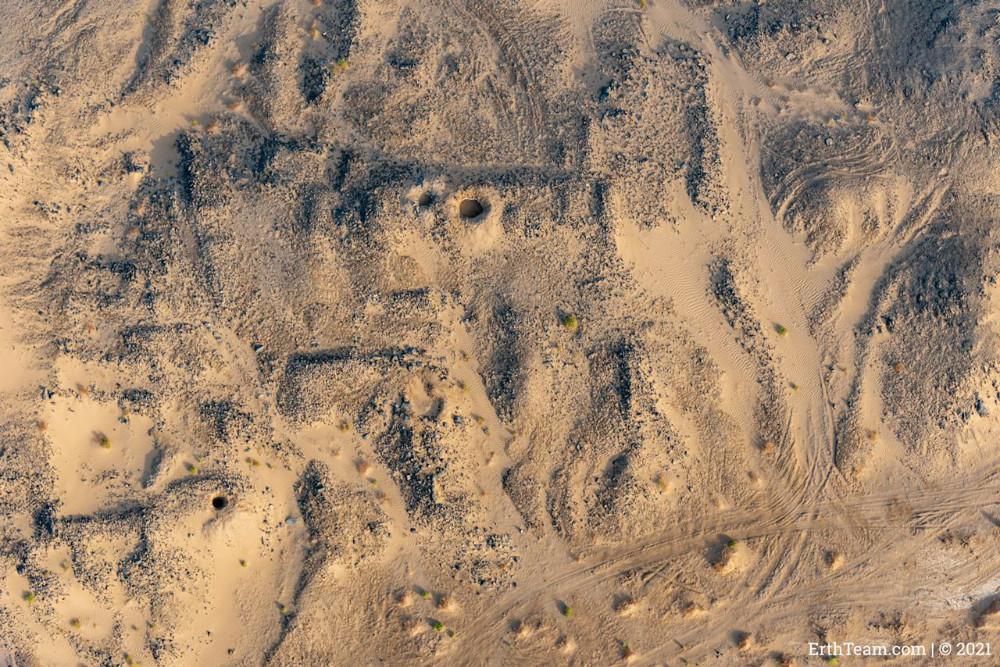 Ancient village enroute to Makkah found beneath the sands

Al-Oshairah, which is located in the valley of Yanbu, was one of the main destinations used by pilgrims while heading to Makkah. The team has so far documented more than 12,000 aerial images.

A village dating from the early days of Islam has been found in Yanbu by a team of Saudi enthusiasts who are documenting the Kingdom in an innovative way.

The head of the project, Abdulaziz Al-Dakheel, who is the founder of Erth Aerial Photography Team, told Arab News that the team surveyed vast stretches of the region by remote sensing and helicopter in search of Al-Oshairah. “After recording its presence from the air, the team then found the settlement that was lying under the sands,” he said.

Al-Oshairah is thought to be the place where a battle of Islam took place and where the Prophet Muhammad ﷺ and his companions stayed for more than a month.

The Erth Aerial Photography Team, which was founded in 2015, is a nonprofit national documentary initiative that is documenting Saudi Arabia from the sky. It is made up of 13 members with different skills — photographers, pilots, guides, historians, and others — who want to document various topographical and geographical areas of the Kingdom using a powered parachute aircraft and other technology.

When the Erth team began searching for Al-Oshairah, they followed the research of Abdullah Al-Aiashi, a historian on the team, which suggested a different location from the one that has become generally accepted.

After gathering all details, the team used satellite images and aerial photographs to search in different locations in the region.

Some are significant to Islam while others hail from the pre-Islamic period, such as Mada’in Saleh, the 2,000-year-old area of AlUla and natural landscapes of the Western region, including volcanoes and wells.

“After 75 minutes of flying, the team was able to discover a destroyed village that is believed to be Al-Oshirah, mentioned in the Sunnah of the noble Prophet’s biography.”

“Our team comprised of individuals who contribute to the missions by providing every detail needed. Abdullah Al-Aiashi led us to the location of Al-Oshairah, which is located in the valley of Yanbu. It is one of the main destinations used by pilgrims while heading to Makkah,” Al- Dakheel said.

“You can’t find the site of the battle or recognize the village it took place in, but we were able to distinguish some pillar structures of the ancient village from a bird’s eye view.”

The Erth Aerial Photography Team will leave the study of the site and the validity of its claim for the site of the battleground to the competent authorities.

Al-Dakheel said that every day they find new archaeological sites, hidden or lost monuments that are often of great interest.

“We document different historical civilizations in the Kingdom, mainly in the western region, such as castles and tombs. We also document the religious and historical landmarks of the Arabian Peninsula. Some are significant to Islam while others hail from the pre-Islamic period, such as Mada’in Saleh, the 2,000-year-old area of AlUla and natural landscapes of the western region, including volcanoes and wells.”