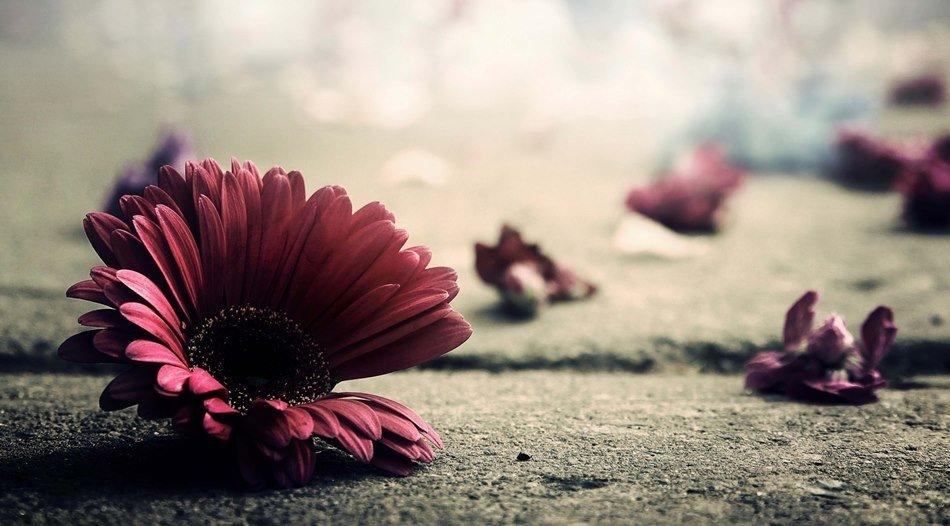 HOW often mankind is in need to remember Allah’s words:

And We will surely test you with something of fear and hunger and a loss of wealth and lives and fruits, but give good tidings to the patient, who, when disaster strikes them, say, “Innā lillāhi wa innā ilayhi rāji‘ūn” (Indeed we belong to Allah, and indeed to Him we will return). Those are the ones upon whom are blessings from their Lord and mercy. And it is those who are the [rightly] guided. (Quran, 2:155-157)

We all come into this world empty handed and we will leave it empty handed. Everything we have, all the blessings we enjoy, our wealth and property, our homes, our children and families, our friends, our abilities, our time, health, security and peace of mind are all blessings on loan from Allah. Then, every creation will be returned to its Creator.

He makes those favors available to whom He wills for a specific period according to His wisdom. We enjoy them until the time He wills to take them back. Even ourselves – our bodies, minds and souls – are not our own. They belong to Allah and will be returned to Him.

And since Allah is the owner of everything, and everything is His property, He allows what He wills to whom He wills… but then He will surely take it back. He might grant wealth, honor and status to test you, and then take it away to test you. He might bless you with a loved one for a time and then take him back. The return is to Allah, and it is inevitable. The Lord has a right to take back His property; in fact He has the right to take any of us at any time, for we all belong to Him.

When a friend lends you something, you thank him for his favor to you. And when he wants it back after some time, you give it to him willingly, with no distress, sorrow or questioning. For you were never its owner.

So when one admits the unconditional right of the Creator to do as He pleases with His creation, trusting in the ultimate good of His decrees, he will continually be prepared for the possibility of examination through loss of something he loves.

[Also read: Martyrs (Shaheed) And Their Status In Islam]

She said these words in sincere submission and Allah gave her a better husband than the one she had lost – the Messenger of Allah himself ﷺ.

Ibn al-Qayyim mentioned this hadith and then spoke of some of the benefits in these words, saying, ‘Al-istirjaa‘ (saying the words: ‘Innā lillāhi wa innā ilayhi rāji‘ūn‘) is one of the most effective and most beneficial treatments for one who is afflicted by calamities, because it contains two fundamental principles, which if they are understood, the servant will be consoled thereby in his calamity.

The first of them is that the servant and his property belong to Allah, and He has given it to him on loan.

The second is that his return is to Allah, and it is certain that he will leave the life of this world behind. This is his beginning and his end, so reflection on it is one of the greatest treatments for his affliction.

And part of the treatment is the knowledge that his Lord has set aside for him as compensation something many times better than that which he lost. He can soothe his heart by seeking recompense for it from Allah. The pleasure which follows patient endurance and the expectation of Allah’s reward will be far greater than that which he would have experienced from the thing he lost, if it had remained with him.

The fire of misfortune is extinguished by the coolness of comfort and consolation, so one should look to his right and to his left [i.e., at the world around him] and know that the pleasures of this life are an illusion; though they may enable him to laugh a little, they will also cause him to weep a lot.

And part of the treatment is knowledge that discontent does not alleviate misfortune but only increases it; and that losing the reward which Allah has guaranteed for patience is an even greater misfortune. Moreover, discontentment will give pleasure to his enemy, grieve his friend and make his Lord angry.

And part of it is knowledge that his reaction to the calamity will determine what happens to him; for Allah will be pleased with the one who accepts His decree, and will be angry with the one who is angry does not accept it.

Another aspect is for him to consider two things: the satisfaction he can enjoy due to his acceptance of the calamity which befell him and then the pleasure which he will enjoy due to the reward of Allah.

And another is the knowledge that misfortunes are a means of preventing those diseases which could cause his destruction, such as pride, arrogance, and hardness of heart.

Yet another is the knowledge that the One who has put him to trial is the most just of judges and the most merciful; and that He has not subjected him to misfortune in order to destroy him, but in order to test him and to observe him in sujūd and hear his fervent duʽaa.

The bitterness of this life produces the sweetness of the afterlife and vice versa. And if this is not apparent to you, consider the words of the truthful one ﷺ: ‘Paradise is surrounded by hardships and the Hellfire is surrounded by temptations.‘ And in this matter, the minds of men are faulty and the reality of mankind becomes clear [meaning that they give priority to temporary pleasures of this world over the everlasting pleasures of the next].”

“Perhaps losing what you wanted will cause you to turn to Allah while having it would distract you from Him. This is obvious, because if not for the calamity you would not have turned to Him. The real calamity is what distracts you from Allah, but what makes you turn to Him is good for you and in your best interest. And if you considered these things you would focus on what is more beneficial for you, such as correcting a mistake or seeking forgiveness or turning to Allah and invoking Him, instead of dwelling on what you have suffered.”