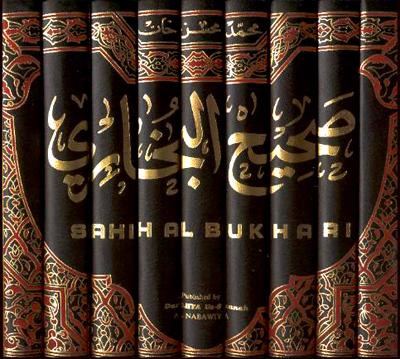 Studying about the early generation of scholars is essential because through their actions and deeds, they represent a practical manifestation of Islam. Studying about hadith scholars like Imam al-Bukhari in particular is important to be able to fully appreciate their contribution to Islam and to know the men through whom Allah preserved His religion.

Imam al-Bukhari is one of the best-known figures in the fields of hadith (the science of the sayings and teachings of the Prophet ﷺ).  His full name is Muhammad ibn Ismaʽil al-Bukhari. Born in the year 194 AH, he was raised by his mother, after losing his father at a tender age.

He inherited his love for knowledge from his father, may Allah have mercy on him, who was himself a hadith scholar and a student of Imam Malik. Imam al-Bukhari immersed himself in the study of hadith and fiqh attending lectures of circles in and around his hometown. From an early age, he possessed a unique ability to understand complex law issues as well as an acute and precise memory. It is believed that he had memorised the books of Wakiʽ and Abdullah ibn Mubarak, may Allah have mercy on them, early on.

At the age of sixteen, he traveled to Makkah, accompanied by his mother and brother, to perform Hajj. In his own words he recounts:

“I set out with my mother to perform Hajj. My brother returned with my mother, but I stayed behind in order to seek the knowledge of the Hadith. When I turned eighteen, I began to write down the legal rulings of the Companions, may Allah be pleased with them, and the Tabi’un (the generation that followed the Companions), as well as their sayings.”

Imam al-Bukhari was an excellent example of a scholar who traveled throughout his life, far and wide, to seek knowledge. Imam al-Bukhari is reported by Sahl ibn Sirri to have said:

“To seek knowledge, I traveled to Egypt and Syria twice, Basra four times, spent six years at the Hijaz (Makkah and Madinah) and left for Kufa and Baghdad on so many occasions accompanied by Hadith scholars.”

He used the wealth that he inherited from his father to fund his travels and also invested it by getting into business partnerships as a silent partner.

During these travels, he studied under a number of mighty scholars of his time. Most notably, Ali ibn al-Madini, Yahya ibn Ma’in, Mohammad ibn Yusuf Al-Firyabi, Ishaq Ibn Rahwayh and many others.

His own recorded words may give us an idea of his extensive travels, teachers and learning:

“I wrote down (Hadith) from more than one thousand teachers … and I remember the chain (of narrators of) of every Hadith that I have with me.”

This statement also testifies to the amazing memory of Imam Bukhari (rahimahullah).

From his students emerged scholars who went on to become beacons of knowledge in their own right, like Imam Muslim ibn Hajjaj, Abu Abdurrahman an-Nasa’i, and Imam Abu ‘Esa at-Tirmidhi.

Along with learning and teaching, Imam al-Bukhari wrote a number of books throughout his life to pass on his immense wealth of knowledge. The most notable of his work is of course Al-Jamiʽ as-Sahih al-Musnad min Hadith, or more commonly known as Sahih al-Bukhari, ranked after the Book of Allah in truthfulness and authenticity. Unfortunately, not all of his works survived to reach us.

His distinct superiority above others did not go untested. For instance, there were some people, having heard of his many accomplishments, and the attributes which were issued to him, decided to test him. They intentionally mixed up the chain of narrators of a hundred hadith narrations and recited them to him, hoping to catch him making some mistake. However, Imam al-Bukhari discredited each of them saying “[This is] not to my knowledge” and recited back to them the wrong narrations followed by the correct narration. Such was his powerful memory that gained him the trust of the people during his time and whole of the Muslim Ummah up until today.

What set him apart from other scholars of his time?

It was his meticulous research, precise memory, and ability to discern the authentic and inauthentic narrations as well as pointing out hidden defects in the chain of narration. Some of his teachers would consult him on these matters as well.

Abu Esa at-Tirmidhi said, “Neither in Iraq nor in Khorasan have I seen anyone who knows more about history, hidden defects in narrations, and the chains of Hadith narrations than Muhammad ibn Ismaʽil.”

This aspect of his work however required him to point out defective narrators to be able to sift the authentic from unauthentic hadith. Even when doing so Imam al-Bukhari was extremely cautious and never outright declared anyone a liar or a fabricator.

He used guarded language and statements like “there are some doubts about him” or “his narrations are disputable” or something like “that person is weak in Hadith.” Such statements meant that it was not permissible to relate narrations from them. He did so because he is reported to have said, “I hope that when I meet Allah, and when he will take account of me, He will find that I have not backbit anyone.”

Acquiring worldly gain did not find place in his list of priorities. He inherited a good share from his father, which he either used in his scholarly pursuits or gave away in charity. To him, the pursuit of knowledge with the attached responsibility to spread it was of paramount importance.

Once while on a journey in a boat, when a fellow passenger learned from Imam al-Bukhari that he carried a hundred gold dinars with him, the man made an outcry that he had lost the same amount. While a search was being carried out Imam al-Bukhari realizing the outcome would tarnish his reputation, which would then prevent him from learning and imparting knowledge, threw his money off the boat.

When he was later questioned about it, he said “Shall I lose a precious pearl (i.e. my knowledge and achievement as a scholar) that I have earned over a lifetime over a limited number of dinars?”

Towards the latter stages of his life, he visited Nisapoor and taught in huge circles of knowledge. Muhammad ibn Yahya ad-Dhuhali was an established scholar of the place. When his circle began to empty out because most of his students attended Imam al-Bukhari, jealousy took the better of him and he flamed a controversial position that Imam al-Bukhari held, which was a hotly contested topic to touch on.

As the tension grew unbearable, Imam al-Bukhari left Nisapoor for his hometown. There he was approached by the governor of Bukhara to conduct private lessons for his son to which Imam al-Bukhari refused saying that those who wish to gain knowledge should themselves come and seek it. This, and the spread of the previous rumors, led to the governor of Bukhara expelling him whereupon he went on to settle in Kharteng, a village on the outskirts of Samarqand where he died in the year 256 AH at the age of 62.

May Allah have mercy on him and reward him well for his immense contribution to the Muslim Ummah.