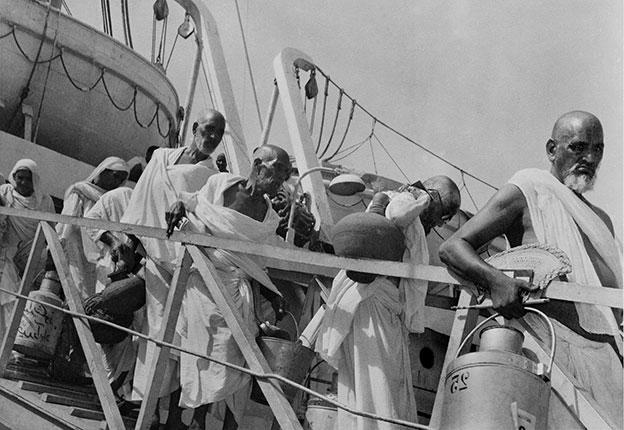 Hajj in 1860s: How the journey was for Indian pilgrims

TO perform Hajj once in a lifetime has been the dream of believers for centuries. When we look at the difficulties they went through for this journey — when there were no trains, let alone airplanes —, we may well shake our heads in disbelief that such times actually existed.

We share an excerpt from a well-cited book (see reference) that shows how a typical Hajj journey was for Indian pilgrims in the 1860s during British rule. While there are several travelogues and personal accounts from that era, this gives a good summary in a few words:

“…most pilgrims had been preparing—both financially and mentally—for this journey for years, if not decades. This was necessary too as, apart from the expenses involved, the Haj from South Asia continued to be extremely arduous even after the use of steamships had become quite common. The hardships along the way are perhaps comparable only to those experienced by indentured labourers from the Subcontinent travelling to the Caribbean islands. Some idea of these hardships can be gained if we imagine a hypothetical male pilgrim setting off from somewhere in north India, and reconstruct all the various stages in his journey.

“Our hypothetical Haji would have been required to make the journey to Bombay in the first instance—this journey had become easier with the coming of railways, but till at least the end of the nineteenth century, only major cities and towns had been connected to the network, and pilgrims were forced to make long treks and had to travel on bullock carts and ferries. Once in the city of Bombay, the only port of departure during most years, our pilgrim would have been obliged to obtain a ticket through shipping agents or brokers. This was a difficult process as brokers and agents had a reputation for being notorious swindlers and thugs.

“On successfully negotiating this hurdle, he would have to patiently await his ship’s departure. The time of departure printed on his ticket was virtually meaningless, as no ship ever left Bombay without postponing its departure at least once or twice; in certain cases, pilgrims were forced to wait longer than a month. As European shipping companies in the pilgrim trade were left completely unchecked in their operations, pilgrim vessels were free to wait as long as they did not obtain an adequate number of passengers.

“This, without exception, meant enough pilgrims to swamp all decks, leaving barely enough space for them to fit themselves in. Immediately before departure, however, our pilgrim would also be required to visit the medical camp at the port, where he would be cursorily examined by the doctor while his luggage was steamed and disinfected. He would perhaps also apply for a pilgrim’s passport at the port, though this was not compulsory. Once the ship’s departure had been announced, he would have to find his way through the throng of Hajis, brave the cordon of policemen brandishing and using their batons with complete indiscretion, and find enough space to lodge himself in.

“The ship would then lurch on its course, stopping briefly at Karachi to pick up more passengers and at Aden to load or unload coal or other cargo before finally dropping anchor at the island of Kamaran. Our pilgrim, already emaciated and exhausted from nearly a month’s journey in extremely insanitary conditions and having survived on very limited rations, was now forced to prepare himself for quarantine. Not that there was any time for preparations: his luggage would be tossed into a dinghy and rowed to the island to be disinfected once more, after which he would be moved into one of the quarantine huts. [Due to an outbreak of cholera at the time, and most European states blaming Indian pilgrims for the same, such extra safety measures were introduced – editor.]

“The forced encampment at the quarantine station could last for anything between a fortnight and a couple of months, depending on the discovery or otherwise of contagion amongst pilgrims. Every case of illness was therefore watched anxiously by the entire contingent, and every confirmed case of cholera caused great distress and misery. Once they managed to obtain their release, pilgrims would return to their ships and travel to Jeddah, where they usually joined a caravan of Hajis moving towards Mecca. This could take another fortnight or slightly less. Our pilgrim would then perform his long and anxiously awaited Haj. He would perhaps stay in Mecca for a week or more, like most other pilgrims, after which he would trek—or travel on camelback if he was a prosperous pilgrim—to Medina with another caravan. Subsequently, he made another trip back to Jeddah. The entire journey took no less than four months, and in most cases much longer. […]

“On their return from Mecca, pilgrims were accorded the honorific title of Haji and this became the preferred mode of addressing them. Many successful pilgrims in Egypt painted scenes from the Haj on the walls of their houses to announce their elevated status to the rest of the community; their counterparts in India hung framed photographs, certificates or scenes from Mecca in their houses to achieve a similar effect.[…]

“Many also profited from the commercial opportunities that the trip presented, and mixed the spiritual and the commercial in such a way that their earnings along the way paid for the trip’s expenses. A large number of travellers were also motivated by purely commercial aims, and this was reflected to an extent in the large proportion of Indian traders and shopkeepers residing permanently in Mecca.” 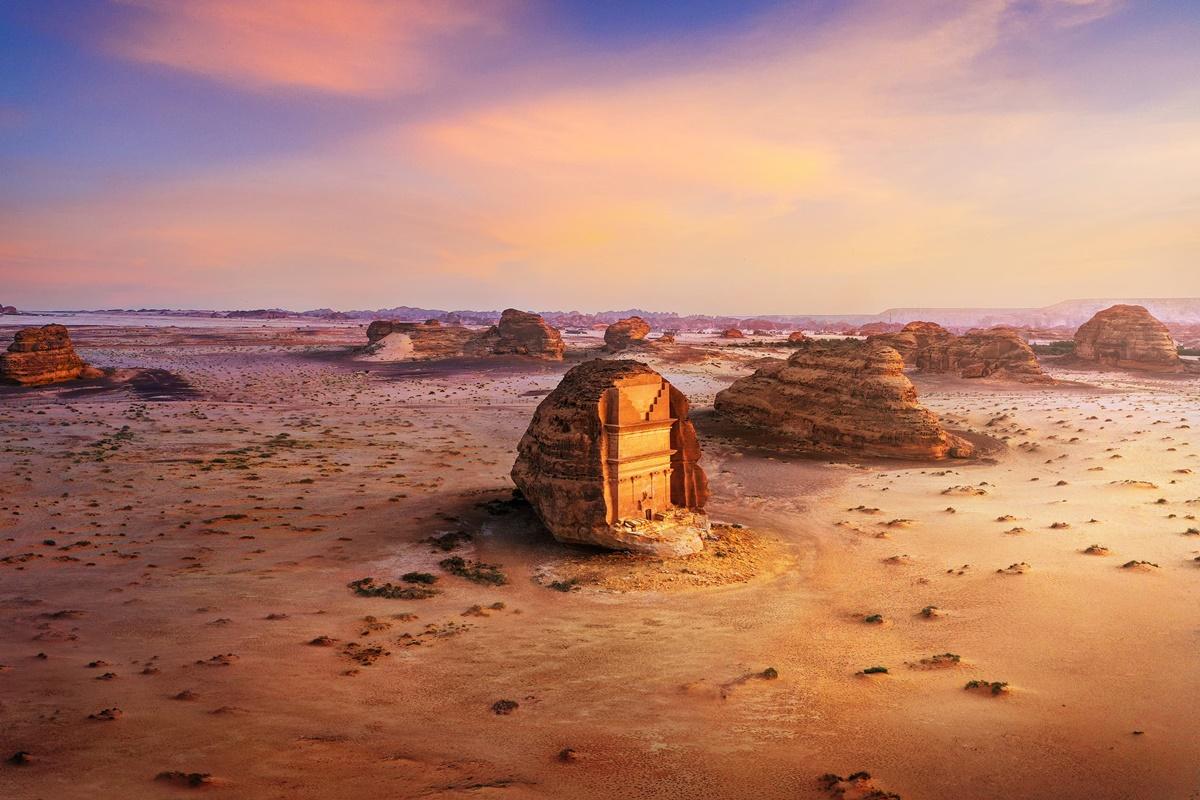 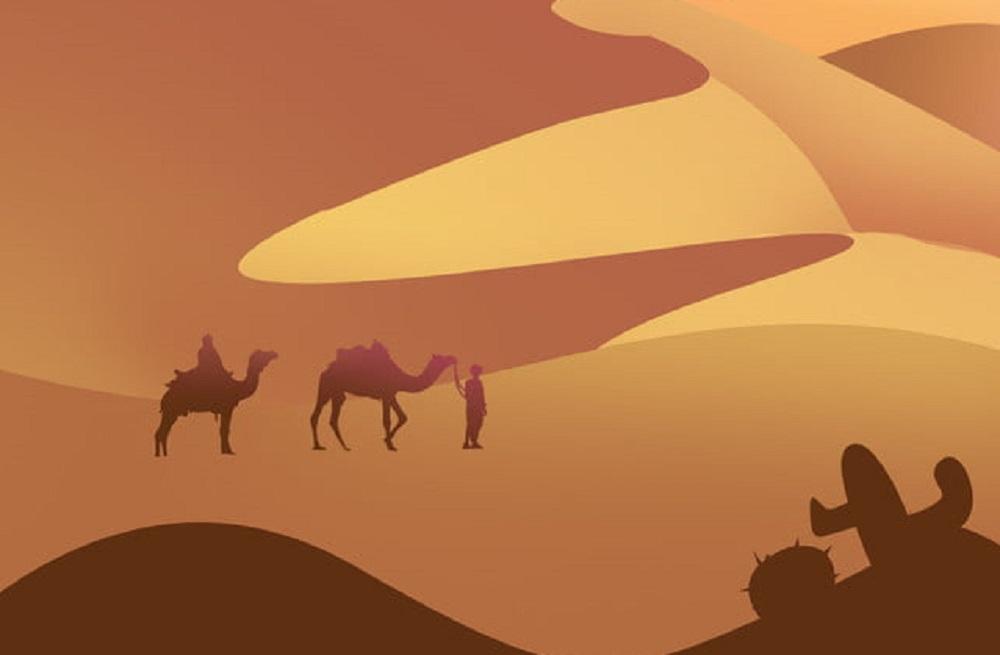