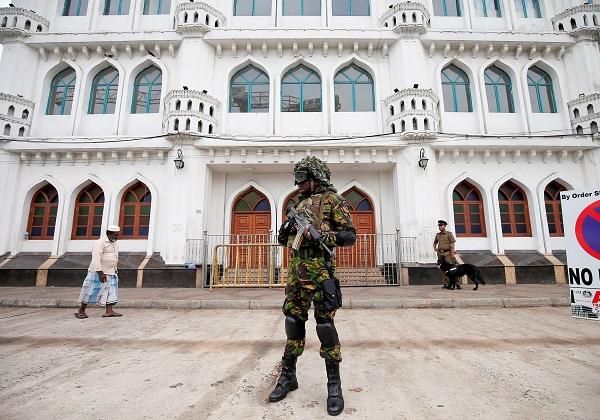 In the Sri Lanka Aftermath: What does it mean to be a Muslim?

What does it mean to be a Muslim?

This is the question that has plagued me in light of the horrific Easter events. For those of you who are unaware, on Easter Sunday, April 21st 2019 in Sri Lanka, 8 bombs were detonated in Colombo and further, taking the lives of over 200 people. 3 suicide bombers walked into churches and disrupted one of the holiest days for Christians, 3 more blew themselves up over Easter breakfast at hotels, one that failed to detonate in a hotel later went off in a small motel, and the last one for the day was a suicide bomber who took the lives of her pregnant self, her two children and two police officers when she was about to be arrested.

The country was in absolute shock because after 25 years of raging civil war, the last 10 years have been peaceful, and so everyone was complacent. The next few days floated by with everyone glued to the news, not knowing what to do or how to process what had happened. It felt like we were in a post-apocalyptic movie because people were buying out the supermarkets, stocking up in fear of the uncertainty to follow. Supermarket shelves were empty and the vegetable supply was drained. We moved around like zombies.

Then it came out that the people arrested and those involved were Muslim. Of course. Then, instead of focusing on the Christian victims, it became about the Muslims. Muslim women who wore hijab were targeted because their faith was obvious – harassed and not allowed to enter stores. [Also read: How To Be A Strong Muslim In Today’s World]

The Muslims of Sri Lanka struggled with their identity, struggled with shame at being associated with such horrific people, and struggled to distance themselves from such people. A few days after the attack, I needed to put thoughts and feelings into words, and this is what I penned down:

“How do we put these emotions into words? How do we explain that our hearts break every time we think about this heartless crime? How do we defend ourselves as Muslims when there already exists a bias against Islam? These people were not from us, the fact that they think what they’re doing is right in some warped way proves that we have no similar beliefs, no similar values. They are not Muslim, they are not even human. To attack a place of worship is the most cowardly and unholy thing they could have done. I know we should humanise the victims, remember them instead of the perpetrators, but it hurts. It hurts so much to see the lives that could have been, ripped away from them so cruelly. The children who suffered heartlessly, the parents whose pain we will not understand at having to bury their child, those who were on the first day of their jobs, doing their families proud back in their village, the foreigners who wanted to enjoy a holiday before getting back to real life. All these people whose lives were torn apart so cruelly.

How do we put it into words: how we cry for every single loss that took place, and the ones that continue to happen as the death toll rises? The fact that these criminals claim to be Muslim makes us so ashamed to be even remotely associated with them. That even though we want to defend our faith, we hang our heads in shame that people who claim to follow our religion do this in the name of it. How we want to reach out to every single person that is affected and hold them close, hug them, bury our faces in them and just cry, apologising for the injustice that has afflicted them.

How do we make people understand? That we stand united with them, we stand as one, a part of the solution. We are with you as we attempt to rebuild our broken nation. But how do we make you trust us, believe us as genuine, instead of people wearing a mask of religion, hiding a cruel self underneath?

It occurs to me now the importance of being a Muslim in community. What counts now is how we have been all along, how we have dealt with our neighbours and colleagues and friends and strangers of different faiths. If we have given them a reason to believe that not all Muslims are bad, by the way we carried ourselves with them. Did we have a smiling demeanour and generous spirit? Did we help someone out even though we didn’t have to? Or did we cut someone in traffic or cheat people in business? Did we appear proud and aloof by not engaging with others? We realise why Islam has placed so much emphasis on character because this is the time that we understand it matters the most.“

As I write this now, it is over a week since the bombs rocked Sri Lanka. There are many theories and political agendas and international reasons as well, as we all try to make sense of what has happened. But as the focus shifted to the Muslims, the niqab and burqa came under scrutiny. These garments had absolutely no connection to the initial attacks, and so it feels like yet another political agenda against the Islamic faith and its women when the government decided to ban the face veil.

The ban took place exactly a week after the bombings, on Sunday the 28th of April, and since they were not connected to the bombings themselves, it meant the whole thing was passed in a matter of days. Women who chose to cover their face now had their freedom snatched away from them. Why do people think you are only free to uncover yourself? Has the world become so perverse that people cannot comprehend that people will choose to do the opposite? The ACJU, All Ceylon Jami’atul ‘Ulama, the Muslim authority in Sri Lanka, submitted the proposal themselves. They probably felt like they were showing compliance and doing the right thing, but I fear the consequences. The women in question themselves were not asked for their opinion or how they would feel about it. It was done for security reasons but it was too much too soon. Muslims are willing to comply – and have complied – with the excessive checks that they have had to undergo. Not being consulted was a low blow that left all the niqabis hurting.

To add salt to injury, they received much taunting from the Muslim community themselves, “moderate Muslims” who said things like, “It’s not compulsory,” “You didn’t have to wear it anyway,” and more, not even considering putting themselves in their shoes to see what they feel like. The ban was passed on Sunday night, and it felt like a convenient shift of focus from the government’s part to draw attention away from how terribly they had failed the nation. They had intel that these attacks might happen and they did nothing about it. When more people started to speak up, a little diversion was in order. I found out on Monday morning and all I felt was… heavy. My heart was heavy with sadness. Trying again to make sense of my feelings, this is what I wrote:

To the Christian community on whom this attack was aimed: You’ll have been amazing. The image of strength and peace at such a difficult time. Our hearts go out to you.

I hate how this has turned into completely something else though: an attack on the Muslim community.

To all those of different faiths out there: I understand your hurt and confusion and mistrust. If these people were wealthy, educated, family people and could still wreck the lives of hundreds, what’s stopping you from looking at each one of us wondering if we are the same?

There has been so much love and unity from different faiths but there has also been those that spew hatred. And in the midst of it all, a niqab ban. It has absolutely nothing to do with the situation because not a single suicide bomber wore it. But this is the current issue just to shift focus.

Know that Muslim women will comply with security checks and will reveal their faces for identification. We appreciate the effort put into keeping us safe and it is a part of our faith to comply. But to ban it? This homeland is starting to feel constricted and I don’t even wear it.

To those “moderate Muslims”: We don’t need to leave our faith behind in trying to distance ourselves from these terrorists. It feels like we’re trying too hard to not be so “Muslim”. Just because we don’t do something doesn’t mean that we understand, or have the right to speak for, the people who do. It is the niqab today but it could be the hijab tomorrow, who knows. The least we can do is respect each other and support each other.

I think what hurts the most is the fact ACJU submitted it, even while some non-Muslims objected. It feels like a stab in the back, even though I understand why they thought they were doing the right thing. This doesn’t actually solve anything though.

I’m so tired of political games and hidden agendas. My heart hurts.” [Also read: The Two Seas (Kinds Of People) In The World]

Of course there has been an outpouring of messages to the niqabi sisters to hold fast to their faith, that Allah knows their intentions, and removing it does not incur sin. Following the law of the land and staying united is the most important thing and all of this happens with Allah’s permission. The question is, how we do respond? That is always the question when it comes to the test that is life. We are now forced to look beyond the garments prescribed and dig deep. Find our faith in the different aspects that our religion allows us. We have to try to rise above the chaos and still be productive Muslims, at home and in our society. This whole thing has taught us how important social connections and character are – with people of different faiths as well as Muslims – in addition to our ‘ibadah. That is what it means to be a Muslim.