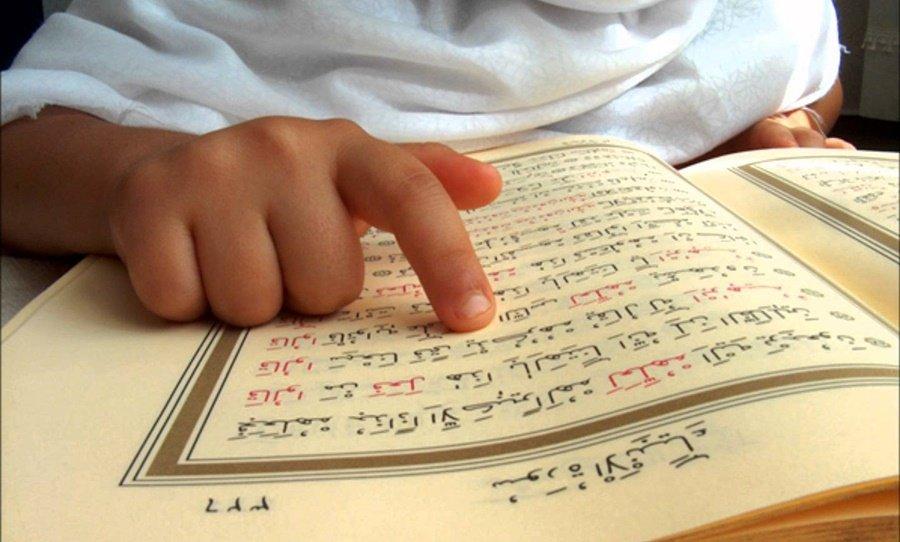 Treasures Of Memorizing The Qur’an (Part 2)

…Continued from Treasures Of Memorizing The Qur’an (Part 1)

“Eat almonds! It makes your memory stronger.” How many times have you heard of this well-known remedy for strengthening memory? Plenty of times.

But has anyone said you “memorize the Quran! It will make your memory stronger?” In all these years of my life, not a single person said this to me, nor have I heard anyone giving this remedy to someone else.

Rather, whoever is making one’s child memorise the Quran is asked by almost everyone: “how will your child manage both the Quran and studies? ” or “won’t memorisation affect their grades? ” or “don’t you think it will burden your child? ”; not one compliment or word of encouragement. May Allah forgive us all. Ameen.

But today I will do the honor of giving you this absolutely special remedy for strengthening your memory. Memorise the Quran.

I’m not just saying this; I’m speaking from experience. Ask any hafidh for that matter. Believe me, memorisation of the Quran strengthens your memory power many times over.

If you are thinking of making your child a hafidh, don’t hesitate, for memorisation of the Quran will not affect his or her grades at all. Rather, the opposite will happen. Their grades will become better with the help of Allah.

If you are in college or school, memorise the Quran, for your strength in memory doesn’t apply only when you pick up the mushaf but at all times, in all areas.

Some of us run our lives in a well-organised way. But some of us lead them in a haphazard fashion, and could need a training.

Well, for those who are looking for a training, it’s time you took up admission in hifz classes. What is the connection between the two?

Well, I would say there is no connection; rather, being organized and memorising the Quran are one.

Allow me to explain.

Once you start memorising the Quran, you have taken a badge for yourself, and that is “student of knowledge”. Being a student of knowledge, you don’t do things when you feel like it; rather, now time has become more precious than wealth for you.

The moment you join a class of hifdh or perhaps do hifdh from home, your mind starts working like a computer, listing the top most important things you have to do for the day, assigning a special time for hifdh only, cutting down any unnecessary activities, etc. You will set your priorities and do your tasks in an efficient and well-organised manner.

Give it a try, start memorising and you will notice the difference. Your priority becomes the Quran, and your whole day revolves around it.

Zaid ibn Thabit narrated that the Messenger of Allah said: “ Whoever is focused only on this world, Allah will confound his affairs and make him fear poverty constantly, and he will not get anything of this world except that which has been decreed for him. Whoever is focused on the Hereafter, Allah will settle his affairs for him and make him feel content with his lost, and his provision and worldly gains will undoubtedly come to him. ” (Ibn Majah, 4105. Sahih)

There is no set age for hifdh

“And we have certainly made the Quran easy for remembrance, so is there any who will remember?” (Surah Qamar:17)

I have always heard that the age for doing hifdh is 6 or 7 years, as the mind is fresh and one doesn’t forget when is learnt at this age. This statement discouraged me a lot, because by the time I wanted to do hifdh, I was past this age. But this would later change.

When I entered my first year at college, we were supposed to memorise. It of course took me by surprise, that at this age I was being asked to memorise; nonetheless, I was happy to know it.

By the end of third year, I had memorised 10 juz’! Alhamdulillah.

It’s only when I summoned the courage to memorise that I realised, no matter what your age, you can memorise, if you have the will and determination to do so!

The Companions too were quite advanced in years themselves, yet it didn’t stop them from memorising the Quran. What is stopping us?

Keep aside all excuses, take your Quran, and step forth on this beautiful journey. May Allah help us and give us determination to memorize His words. Ameen.

Now with the treasures of hifdh being admired at, let’s look at how hifdh beautified some other huffadh and what jewels they picked up while on this voyage.

Sister Jasmine, who is a revert, says about her journey of hifdh,

“When I started to memorize the Quran, the first thing that I had come to realise was the deeper miracle of the Quran linguistically, which I had never really known or noticed before.

Secondly, as I started memorizing the Quran, it made me realise my potential and increased my confidence that I too could memorise the words of Allah just like others did; it cleared my misconception that memorisation of the Quran was meant only for genius minds!

And most importantly, memorising everyday made me realise the greatness of the Quran along with the rewards of memorising it.

In short, doing hifdh made me venerate the Quran more and more and gave me an incomparable sense of satisfaction, elation and enlightenment! It also taught me time management and increased the taqwa of Allah in my heart. And needless to mention it was a dream come true.”

“Memorisation of the Quran helped me memorise the hadeeth in a very short time. Even when I’d sit for the jum’ah khutbah, when the khateeb narrates a hadeeth I could grasp it within seconds.

It helped me memorise other things in order. I started to enjoy my salah, especially taraweeh. It made me read tafseer too. Overall, it helped me increase power of memorisation.”

Sister Aafiya, who has memorised over 10 juz’, says,

“Memorisation of the Quran is a very beautiful journey. Initially, I just did as everyone was doing. The first surah which touched me very much was Surah Mujadilah, which made me realise how Merciful Allah is, He heard the complaint of the woman [referred to in the surah] and revealed a surah in favour of her.

Subhanallah! How much He actually loves his slaves!

[It’s] not only for memorisation; whenever I find my heart restless I just read the book of Allah. Even though I don’t understand some ayahs, I find peace reading it; it actually cleanses my heart and that’s the miracle of the Quran, too!

Verse number 44 of Surah Baqarah, ‘do you order righteousness of the people and forget yourselves while you recite the scripture? Then will you not reason?’ is a very scary one in my life!

It made me reduce my sins or at least feel guilty about them. The ayah that most soothes my heart is in Surah Baqarah, number 186, “And when My servants ask you, concerning Me- indeed I am near. I respond to the invocation of the supplicant when he calls upon Me. So let them respond to Me and believe in Me that they might be (rightly) guided.”

I can’t stop being emotional when I read this ayah, specifically when I make du’a. This ayah made me be strong in making du’a. The strongest du’a is answered.

My ultimate goal is to memorise the entire Quran and one of the reasons that I want to do this is because I can never repay my parents for what they have done for me in this world, so I want to give them the best compensation there can be, that is for them to be crowned in the aakhirah. I am waiting for it. May Allah make it happen! Ameen.”

Sister Sidra, who is fourteen years old and has completed 15 juz’ until now, says,

“Alhamdulillah, I did see some changes in me, in the way I started looking at the world around me, [thinking about] its main purpose, as well as in becoming closer to my siblings, in my attitude towards them and all.

I would also spend most of my time in du’a because I had taken the step of doing hifdh and I did not want to leave it behind until my last breath. The goals I had kept in my life changed. I started striving for the one and the main goal, jannatul firdous.

Yes, alhamdulillah, memorising the Quran did bring many changes in me and it did make me a better Muslimah.”

Sister Aasiya, who has completed memorisation of the whole Quran, says,

“The blessings after memorizing the Quran are incredible. Alhamdulillah, I am able to handle multiple task at a time. Worldly matters don’t mean anything to me. Maximum time is devoted to the Quran.”

Sister Aatifa, who has also memorised the entire Quran, says,

“I memorised the Quran while at school, and saw that reading it increased my intelligence and time.

I still remember; I started hifdh in the 8th grade, and my grades were always good, but they got even better. Alhamdulillah.”

“Hifdh brings a lot of blessings from Allah but at times this is not understood.

When I was doing hifdh, I personally felt that it was easy for me to do any good deed and to keep myself away from committing sins. I could feel a sense of tranquility in my heart.

My life seemed so peaceful and there was happiness within and around me. Even though at times it would be difficult to memorise, something would boost me up and it would become like a challenge to complete the task of memorisation.

The greatest blessing anyone can get is to be able to obey the commands of Allah willingly, and this comes from memorisation of the Quran. Now that I have left my memorisation, I don’t find that peace and happiness anymore.

If anyone wants to change their life, they should memorise the Quran and understand it.”

The benefits of hifdh that I have brought forth are just a few among many. Allah is indeed the most generous, who bestows blessings without tiring one out at all.

May Allah make us among those who will proudly recite the Quran to Him in the Hereafter. Ameen!