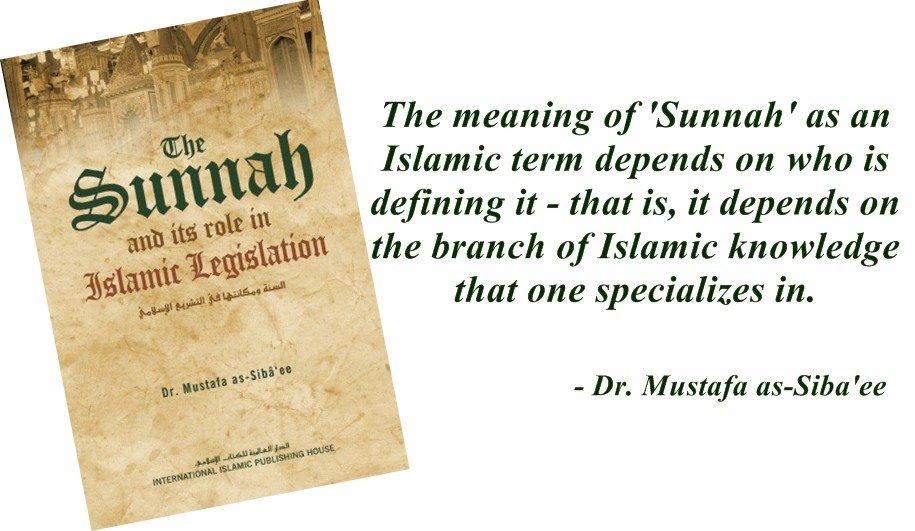 Book Review: The Sunnah And Its Role In Islamic Legislation by Dr Mustafa As-Sibaee

AS Muslims, we are obliged to follow two things very closely in our life: the Qur’an and the Sunnah. The Qur’an is the word of Allah, revealed to our beloved Prophet ﷺ and the Sunnah constitutes the sayings, actions, and the example of the Prophet ﷺ. Sadly, many of us fail to follow the Sunnah the way it is supposed to be followed, and many times don’t give the Sunnah its due importance. Why is that?

That’s because we don’t really understand what the Sunnah is.

Reading ‘The Sunnah and Its Role in Islamic Legislation’ led me to know what the Sunnah is and how limited our knowledge regarding it is. The book is originally a Ph.D thesis written in Arabic by Dr. Mustafa as-Sibaee, which has been translated into English by Faisal ibn Muhammad Shafeeq and is a rich source of knowledge that covers every aspect and topic connected to the Sunnah that is necessary for us to know. It is full of historical accounts, evidences, definitions and scholarly opinions, giving greater insight into the Sunnah and the significant role it plays in Islamic legislation.

For example, if any one of us was asked to define the Sunnah, we would say that it is “the path or the way of the Prophet ﷺ”. This book gives us three definitions of the Sunnah according to the Sciences of Hadith, Usool al-Fiqh, and Fiqh, and explains why there is a difference in each definition.

“The scholar of hadith researches the life of the Messenger of Allah ﷺ as an Imam, a guide, for Allah informed us that He ﷺ is our example and model. Therefore he relates all that has to do with the Prophet’s biography, with his manners…regardless of whether any of the above actually establishes an Islamic ruling.

The scholar of Usool al-Fiqh sees the Messenger of Allah ﷺ as a legislator, who laid down the rules of legislation. This scholar concentrates on the Prophet’s sayings, actions and approvals when they either establish or confirm an Islamic ruling.

The scholar of Fiqh studies the life of the Messenger of Allah ﷺ, knowing that all of his actions point to an Islamic ruling, whether a specific action is forbidden, permissible, compulsory, and so on.” 1

The author also reveals the attacks that have been made on the Sunnah by different deviant sects, Orientalists, “progressive” Muslims and others, and defends the Sunnah from all the baseless accusations made by them.

The author refutes misconceptions such as those raised by Ignaz Goldziher, a Jewish Orientalist, who claims: “It is not correct to say that the greater part of Hadith literature was brought about in the first generation of Islam, the generation of infancy. Instead, the greater part of Hadith literature was the result of the efforts taken up by the Muslims in the era of growth”.2

The author refutes the claim in his book and states: “I cannot even fathom how he had the temerity to make that claim when all established authentic narrations disprove it. The Messenger of Allah ﷺ died only after the complete building and structure of Islam was erected…just before he died, he said: “I have left with you two matters, and you will not go astray as long as you adhere to them – Allah’s book and my Sunnah.“3

The language of the book is very simple, and hence it is easy to understand the point the author is trying to make. The writing is in a narrative style, which keeps the reader engaged. The author mentions evidences and historical accounts point by point with suitable subtitles to keep the ongoing topic connected and easy to read.

In short, the book is all about what we should know about the Sunnah, making us love the Sunnah more than ever before. It is a reminder of the Quranic verse that says:

“Indeed Allah conferred a great favor on the believers when He sent among them a Messenger from among themselves, reciting unto them His Verses [the Qur’an], and purifying them [from sins by their following him], and instructing them [in] the Book [the Qur’an] and the hikmah [the wisdom and the Sunnah of the Prophet], while before that they had been in manifest error.”  [Qur’an 3: 164]