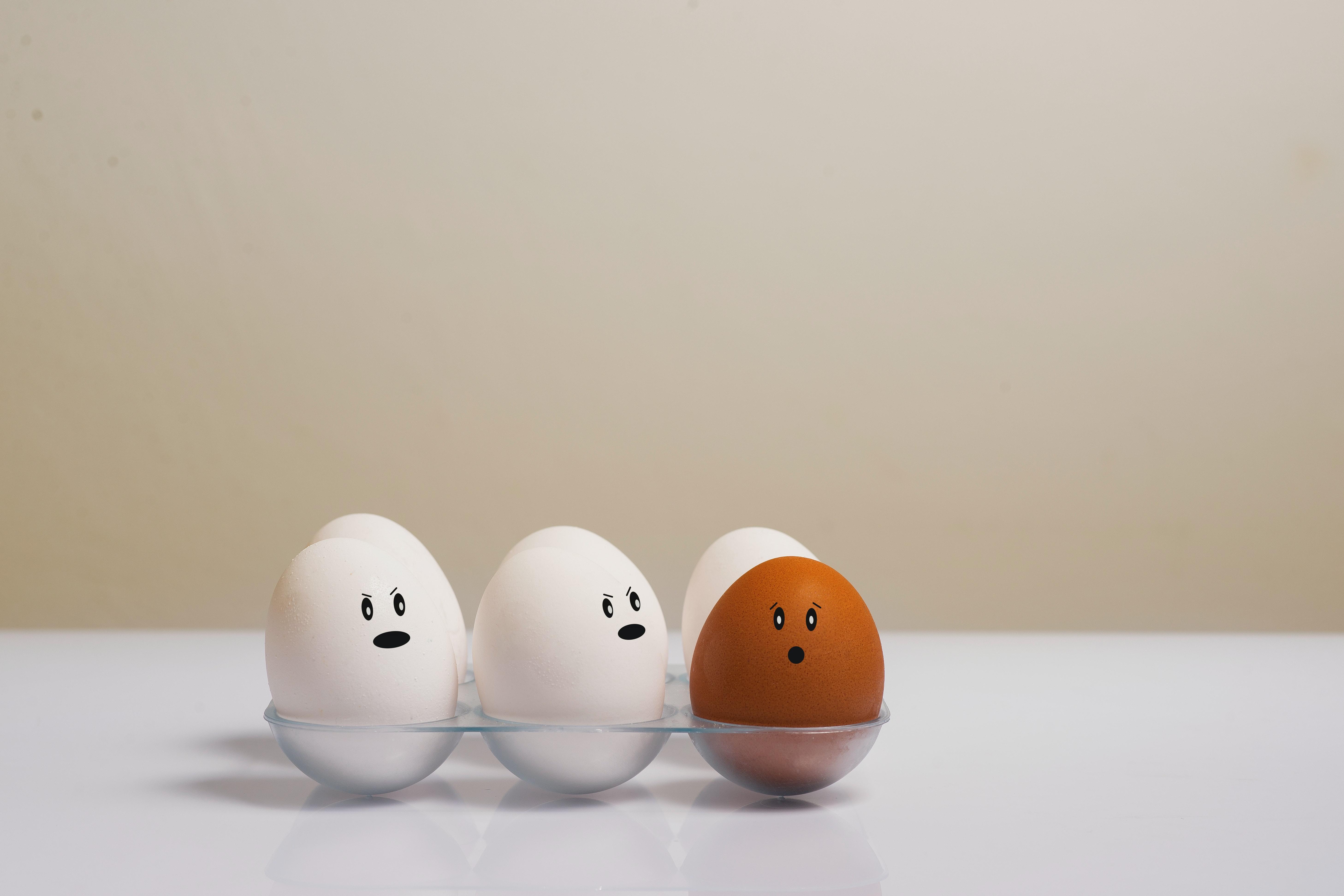 Undoubtedly, the greatest blessing Allah can bestow upon a person in this life is opening his heart to the guidance of Islam.

The new Muslim is one chosen by his Lord to be enlightened and purified due to divine knowledge of the good within his or her soul. Then, in return for acceptance of the truth and commitment to Him, Allah immediately cancels all the sins and errors of that person’s previous existence, no matter how numerous or grave they may have been, giving him a clean slate with which to begin a new life.

“And if not for the favor of Allah upon you and His mercy, not one of you would have been pure, ever, but Allah purifies whom He wills, and Allah is Hearing and Knowing.”  (Quran, 24:21)

The new Muslim is often one who has just emerged from a stressful period due to agitation by Shaytan, who had tried his best to dissuade him with every kind of negative suggestion: How can you make such a drastic change in your life? Are you really certain? Can you do everything that is required? What will people think of you?

His decision to take that step and declare his Islam was a major victory that brought him relief after days, months or even years of inner struggle. And now he is gaining confidence, learning and becoming accustomed to his new way of life. He is also immensely happy.

But Allah has said:

And the Prophet (ﷺ) added, “A person is tried according to his faith – if it is firm his trial is increased, but if there is weakness it is lightened.” (At-Tirmidhi – saheeh) Trials are an inherent part of human life, but for the believer they are opportunities to obtain a great reward through effort and patience.

One of the first trials a new Muslim may face is the reaction of his close family members as well as his friends and associates. A few may be amused or surprised but generally accepting. Most, however, are more negative in their responses. This was experienced even by the prophets, not only with those they invited to Allah but with close relatives as well. One may recall the stories of Noah’s son, Lot’s wife, Abraham’s father and Prophet Muhammad’s uncles, Abu Lahab and Abu Jahl.

Opposition is often anticipated even before conversion, but once he defeats Shaytan and pronounces his shahadah, the new Muslim has pretty well resolved not only to defend his decision but to convince others of its benefit as well. The question is how to go about it.

Between two extremes lies a wide range of possible reactions from those close to him: acceptance with interest, with disinterest or with reservation, curiosity, disappointment, sadness, shame, anger, disgust and total rejection. Combine these with a wide range of circumstances and personality differences and it becomes evident that no one method or plan can be effective in dealing with every family or every individual. Indeed, failures can be expected; even the prophets were unable to influence defiant family members, because in the end, the result is up to Allah.

When expecting animosity and mistreatment, should the Muslim conceal his belief, keep a distance and practice his religion secretly for a time or should he meet the challenge openly with a show of strength and determination, whatever the consequence? The first option might be seen as necessity, as, for example, in the case of a young Muslimah living at home with a hostile family likely to abuse her for praying, wearing hijab or expressing her beliefs. Allah has said:

And ability varies with each situation.

The Prophet’s companions were also new Muslims; they, too, were opposed. Caution was exercised by some of the early converts who encountered danger in Makkah, but feared less for their persons than for losing the opportunity to spread Islam.

On the other hand, bold self-assurance was shown by many of the prominent companions, such as `Umar, Hamzah, Bilal, and `Abdullah bin Mas`ud. Mus`ab bin `Umayr practiced both. Knowing his mother’s hatred for Islam, he first concealed it from her and later stood firm through all her attempts to bring him back to pagan religion by imprisoning him, by depriving him of his wealth, by hunger strike and finally, by disowning and evicting him. He parted from her weeping at his failure to save her and hastened to join the Prophet (ﷺ) in Madinah.

The effort to bring about reconciliation and influence family members is, in fact, a form of da’wah, which could ultimately be successful or unsuccessful. It is perhaps more difficult than da’wah to others due to the emotions involved which are often difficult to suppress.

However, every da’wah worker benefits from understanding the other party’s concerns and addressing them in a sincere and sympathetic way. He will discover at an early stage just how far he can carry a discussion – when to continue and when to stop, when to give in, when to remain firm and what values are important to both sides.

What happens to people when a loved one suddenly or perhaps predictably, embraces Islam? Knowing the reasons behind certain reactions can help the new Muslim to reassure others through words and actions.

Parents often perceive their child’s transition as a rejection of them and of all they have taught and worked for over the years. They fear they might have failed in his/her upbringing.

Practicing Christians are particularly fearful since they believe that by leaving Christianity a person has condemned himself to Hell. And families that seriously follow any kind of religion or ideology, even atheism, will feel anger at what they see as betrayal.

Those knowing little about Islam may have been thoroughly convinced that Muslims are fanatics and terrorists. The family member who has never been very accepting of mainstream trends or had spent a portion of his life seeking something may be labeled as mentally unstable once he embraces Islam. His motives may be doubted, and women are usually assumed to have converted for a man. Muslim husbands are often targeted as the cause of this calamity.

At the very least, Islam is thought by most westerners to be something strange, foreign or Arab. Many see Muslims as uncivilized and backward, and the un-Islamic behavior displayed by a number of nominal Muslims unfortunately helps to reinforce the stereotype.

All this contributes to the shock, fear, anger or embarrassment felt by non-Muslim relatives and associates. Where there is extreme loathing and outrage, families might feel it is easier to break off relations completely than to deal with the new Muslim. Those who are grieved and hurt initially withdraw but may later make efforts to understand. In many cases time heals to a certain extent and relations improve if avenues of communication have been kept open, even partially. Some reconsider due to external factors, such as the birth of a baby, a death or some other event.

And of course, da’wah efforts by Muslims often play an important role. Some are actually able to bring others into Islam, which is the fervent wish of every Muslim toward a non- Muslim. Others, if not completely successful, can do much to alleviate strained relationships, win respect and tolerance and effect a change of heart. The following are a few suggestions to assist the new Muslim in his endeavor:

Ask Allah to compensate you and He surely will. Ask Him to fill your heart with purpose, enthusiasm and forgiveness. And ask Him to make you self-sufficient, free from the need of anyone but Him. Mus`ab bin `Umayr wept at the loss of his mother, but then he moved on.

[Also read: Personal Responsibility: Every one of us is a shepherd] 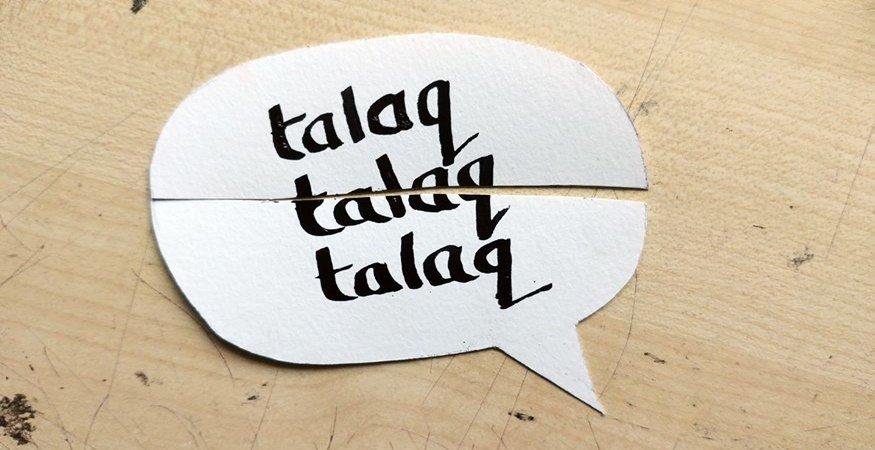 THE exploitation of women in the name of tahleel marriage has surfaced and caused a lot of debate. This practice

A love story bound by the love of knowledge

Abdullah married the daughter of his teacher, the great scholar and tabi’ee Sa’eed ibn al-Musayyab. [Sa’eed himself was the son-in-law