Are you used to drinking very hot tea or consuming food when it’s just off the stove? This is not recommended in the Sunnah and scientists have found it causes esophageal cancer.

Researchers found that tea drinkers who liked their beverage to be warmer than 60 degrees Celsius (140 degrees Fahrenheit) and consumed more than 700 ml of tea per day – about two large cups – had a 90% higher risk of esophageal cancer, when compared to those who drank less tea and at cooler temperatures.

The study looked at more than 50,000 people in Golestan, a province in northeastern Iran.

“Many people enjoy drinking tea, coffee, or other hot beverages. However, according to our report, drinking very hot tea can increase the risk of esophageal cancer, and it is therefore advisable to wait until hot beverages cool down before drinking,” said Dr. Farhad Islami, of the American Cancer Society and the study’s lead author.

Previous research has found a link between hot tea drinking and esophageal cancer. This study, published recently in the International Journal of Cancer, was the first to pinpoint a specific temperature, according to the authors.

Esophageal cancer is usually caused by repeated injury to the esophagus due to smoke, alcohol, acid reflux and – maybe – hot liquids. The esophagus is a long tube through which swallowed food and liquids travel to reach the stomach.

The study said more research was needed on why exactly drinking very hot tea is associated with the higher risk of esophageal cancer.

Stephen Evans, a professor of pharmacoepidemiology at the London School of Hygiene & Tropical Medicine, said that it was the heat that was the issue rather than the type of beverage.

“In fact, it is probably anything hot: Microwaved jam has been known to cause esophageal injury. It is possible that the trauma leads to cell changes and hence to cancer,” he told the Science Media Centre. Evans was not involved in the study.

Asma bint Abi Bakr used to say: “Cooling down food is of greatest blessing.” (Ibn Hibban and Al-Hakim; authenticated by Al-Albani in Al-Sahihah, no. 392)

Abu Huraira used to say: “No food should be eaten until its vapor is gone.” (Al-Bayhaqi; authenticated by Al-Albani in Al-Irwa, no. 1978)

Cool hot food; hot food is not a blessing

Asma Bint Abi Bakr narrated that if she made food she covered it until its vapor or smoke fades and said: I heard the Messenger of Allah saying, “It’s of greater blessing for food to cool down.” (Silsila Sahiha, 2/262)

Based on the book Forgotten Actions and Sayings with their Sahih Legal Evidence by Sheikh Suleiman bin Saleh Al-Kharashi. Quoted by Ridouan Soumaa at IIN. 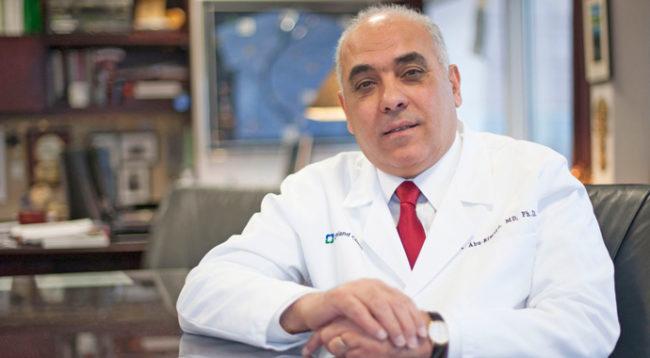