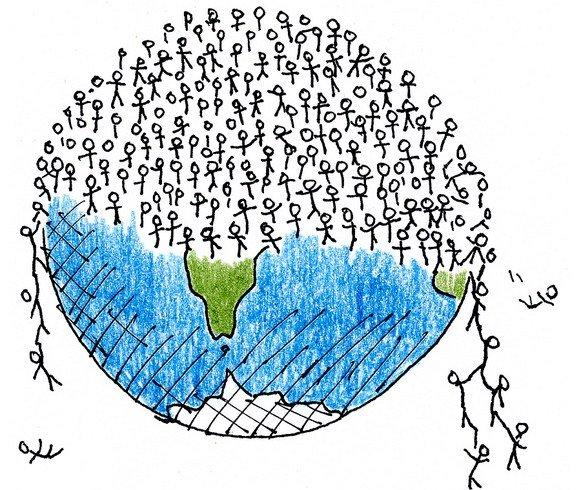 Is our planet overpopulated?

ARE the limited space and resources on our earth simply not sufficient for the kind of numbers we are producing every year? And will refugees and immigrants eat away our scarce resources?

New York is acclaimed as a beautiful city. It is one of the most popular (and populous) tourist destinations of the world. In 469 square miles of its area, 166 sq mi is water and 305 sq mi is land. With 8 million people residing in the city, its population density is 27,500 per square mile. The land area includes parks, sporting arenas, museums, libraries, universities, factories, airports, amusement parks, hotels, and shopping centers.

Now imagine if every one of the seven billion people – the entire world population – were to be settled evenly in the whole of the United States. What would the population density be?

Let’s do something in our Muslim World. Let’s move the entire seven billion to the Eastern Province of Saudi Arabia (Area: ~274,000 sq mi). What would our population density be?

25,500 people per square mile. Less crowded than New York City with space for all amenities and facilities found in a modern state.

There you go! The world population is comfortably packed in the green area. Now we have the rest of the world for everything else.

So, is the earth not enough?

“And kill not your children for fear of poverty. We shall provide for them as well as for you. Surely, the killing of them is a great sin.”  [,Surah Al Isra, 17:31]