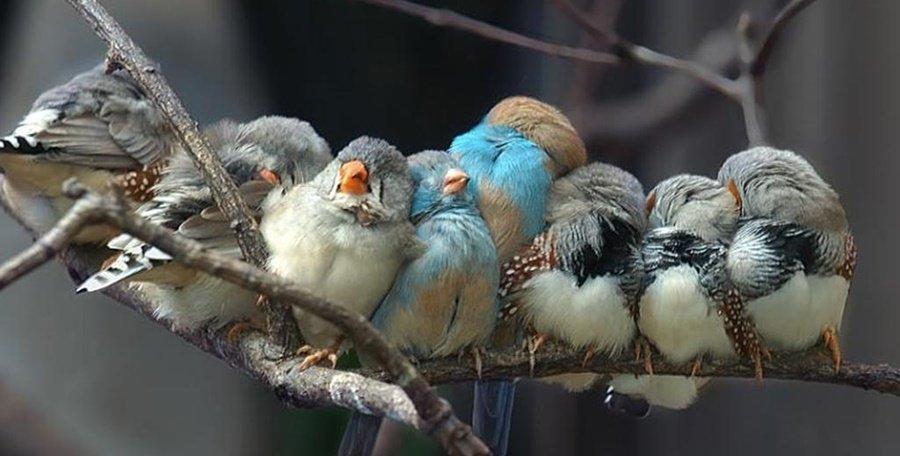 How Some Birds & Animals Sleep

SLEEP is one of the signs of Allah in this universe, and there are several ayat in the Quran that point to this:

And among His Signs is your sleep by night and by day, and your seeking of His Bounty. Verily, in that are indeed signs for a people who listen.  [Quran 30:23]

And it is He Who makes the night a covering for you, and the sleep (as) a repose, and makes the day Nushoor (i.e. getting up and going about here and there for daily work, after one’s sleep at night or like resurrection after one’s death).  [Quran 25:47]

See they not that We have made the night for them to rest therein, and the day sight‑giving? Verily, in this are Ayat (proofs, evidences, verses, lessons, signs, revelations, etc.) for the people who believe.  [Quran 27:86]

Imam Ibn Katheer said: “Among the signs is that which has been created for you of sleep by night and by day, in which you get rest and stillness, and exhaustion and tiredness are taken away; and wakefulness and striving for one’s livelihood have been ordained during the day.”

The blessing of sleep extends to all living creatures, including birds and animals. Have you ever wondered how birds get a full night’s rest while holding onto their perch or branch without falling down — something inconceivable for a human being?

It is because of the tendons in the feet of grasping birds such as perching birds and raptors. A pair of tendons in the back called flexor digitorum longus and flexor halluciss longus, are connected to deep flexor muscles in the leg. The digitorum branches and works the three toes in the front, while the hallucis works the back toe, known as the hallux.

Both stretch over the ankle, and when the bird lands and the ankle bends, this forces both tendons to automatically pull, thus clenching the toes closed. As long as the ankle is bent, the tendons and toes are locked into place. This gives perching birds a solid grip that lasts even when sleeping. Interestingly, birds that sleep on the ground have an extraordinary feature that keeps them safe while asleep – they sleep with one eye open thanks to a phenomenon called unihemispheric slow-wave sleep. Certain birds like mallard ducks can even keep half of their brain (and its corresponding eye) alert while allowing the other half to take a break.

What is even more amazing is that these birds watch out for each other while resting at night. They sleep in a row, with the ducks on the ends closing the eye next to their neighbors, but keeping the eye facing potential danger open, SubhanAllah!

[Also read: In Allah We Trust: What Tawakkul Really Means]

Sea otters take this concept to a whole new level and “hold hands” while sleeping so they don’t drift apart. Some other animals like dolphins and whales often sleep with one eye open in order to avoid being eaten by sharks. The ability to stay partially conscious also allows them to continue to get air while sleeping. Dolphins in particular are known to put one half of their brain to sleep, while the other half is still conscious and functioning.

They then alternate each side to sleep periodically and can stay in this state for almost eight hours a day. They are conscious enough to control their breathing and periodically swim to the surface and get air, while still giving their brain the rest it needs.

Great white sharks sleep while facing a current, so that the movement of water constantly flows over their gills, delivering oxygen. Other sharks have nostril-like openings near their eyes called spiracles, that push water across their gills when they are still.

The signs of Allah are all around us — within ourselves and in the creation around us — if only we open our eyes to observe them and in doing so, truly see the mercy and majesty of our Lord.

There is not an animal (that lives) on the earth, nor a being that flies on its wings, but (forms part of) communities like you. Nothing have we omitted from the Book, and they (all) shall be gathered to their Lord in the end. [Quran 6:38]