WHILE gliding through a dark cave in Australia or New Zealand, you may notice shimmering lights above. You may mistake them for stars that twinkle at night.

However, they are neither stars nor special lights lit for your grand entrance! Rather, they are creatures that emit light and live on the ceilings of caves.

What’s so special about them and how do they emit this light? [Also read: Northern Lights]

These creatures are commonly known as glow worms and scientifically as Arachnocampa. Despite their excotic name, they aren’t actually worms!

They are in fact the larvas of a small fly called Fungus Gnat. Similar to maggots which grow into common houseflies, glow worms grow to become fungus gnats.

Although they are most spectacular in caves, glow worms are also quite common outside – they can be found wherever conditions are damp, food is in good supply and there is an overhanging wall. 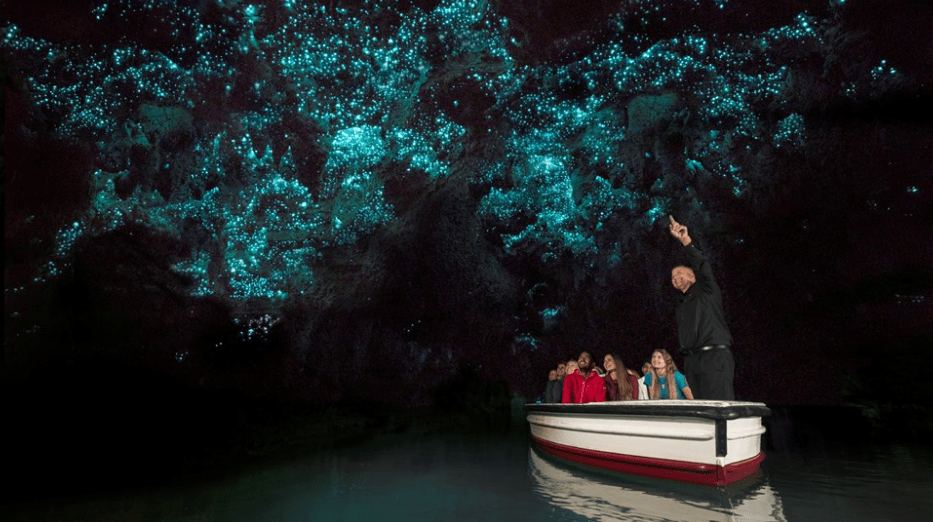 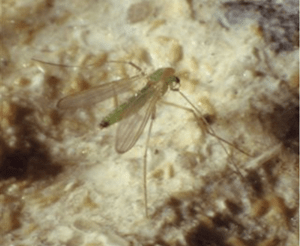 Glow worms are carnivorous, and hence feed on small insects. But being in the larva stage they can’t go looking for food, so these clever creatures instead attract food towards them. That’s where the ‘‘glowing” comes in the picture.

“The strategy is simple. Many of these insects, including moths, navigate by starlight. They keep the celestial bodies at a constant angle to fly in a straight line. That works fine when the moon and stars are real,” said Dave Merritt, a biologist at the University of Queensland in Brisbane, Australia, “but when the source is close they end up spiraling into it.”

A glow worm measures about 3-5cm. “The adults are delicate flies that do not have working mouthparts, and as such, only live for a small number of days (females two days, males six days). As the adults are unable to feed, Glow Worms must gain enough sustenance during the larval stage to get them through the rest of their lifecycle. The larvae are believed to live for approximately one year, although this is heavily dependent on environmental conditions and availability of food.”

How Food Comes To Them?

If a glow worm is hungry, its light will shine a little brighter and is even more effective! 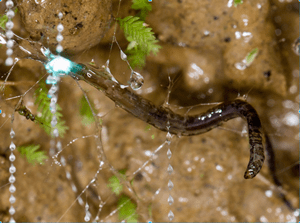 Glow worms are smarter than you think. Even though an insect might get lured by their glow, there is still a high risk of the victim escaping.

Well, they have a solution for that.

They set up traps to seize their victims so that they don’t escape. What these glow worms do is, they release silk threads, which are secreted from their mouths, down below, thereby constructing snares.

Additionally, these snares are sprinkled with balls of mucous, all the way down the threads, so as to enable glow worms to capture their prey. Besides being extra-sticky, the balls of mucous lend the strands the appearance of mardi gras beads, magnifying the worms’ spectral light-like chandeliers.

When an insect is caught in the threads, that’s when the real action happens. The glow worm can sense the vibrations of the insect and hauls in its victim.

When the thread has been pulled up, the glow worm bites the insect and kills it, then either sucks out the juices or eats the entire body.

This is just one insect, and there are thousands of other wonderful and amazing creatures parallelly living on this planet with us.

Every creature and animal is unique, beautiful in its own way. This one little example shows Allah is surely the creator; He can create anything, and nothing is impossible for Him. Allahu Akbar! [Also read: How Some Birds & Animals Sleep]

“And in the creation of yourselves and what He disperses of moving creatures are signs for people who are certain (in faith)”  [Surah Jathiyah: 4]

The Chemistry Of Twinkling

The science behind the glittering of glow worms is that a little chemistry happens. The light of the glow worm larvae is given off by small tubes ending around the glow worms’ anus, as a byproduct of excretion.

A pigment called “luciferin” reacts with the enzyme “luciferase” and adenosine triphosphate (also called ATP) and with the oxygen in the air to create the blue-green light that you would see glow worms emitting in caves.

The light of a glow worm is also known as bioluminescence or light produced by a living organism. [Also read: Seas That Sparkle! ]

Sadly, the glittering effect occurs only during the larval stage of a glow worm’s life cycle, but bioluminescence is carried on by females, and they use it for mating purposes.