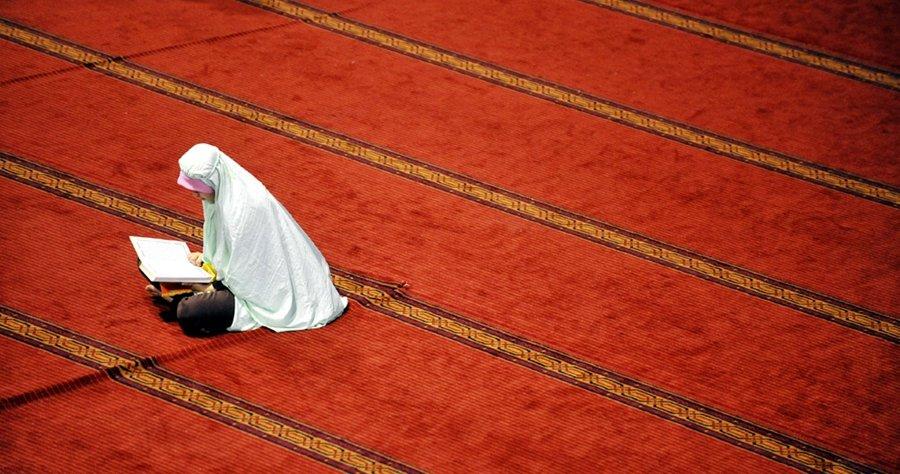 When You Can’t Fast: Women in Ramadan

“We set out with the sole intention of performing Hajj and when we reached Sarif, my menses began. The Messenger of Allah ﷺ came to me while I was crying and asked, ‘What is the matter with you? Has your menses started?‘ I replied, ‘Yes.’ He said, ‘This is something which Allah has destined for the daughter of Adam” – Aisha (May Allah be pleased with her)

Little did she know when she was sobbing and perhaps assuming that it was not good for her that the result of her incident would serve as guidance for many, many daughters of Adam to come. What the Prophet ﷺ replied is enough for us to know that menses is neither a fault, nor is it worth of any anguish.

This is how Allah fashioned women and His supreme wisdom cannot be questioned. Shaikh-ul-Islam Ibn Taimiyyah said:

“When a woman menstruates, her discharge has actual blood in it. Women are able to fast in times other than menstruation because discharges in other situations do not have blood. So her fasting is moderate and balanced as no blood keeps the body strong.

“But menstruating necessitates that blood comes out, and blood is the main component of her body. Fasting in this time will lead to a weakness and deficiency in her body. And her fast will not be moderate and balanced in nature. So that is why she is commanded to fast only in times when she is not menstruating.”
– Majmoo’-ul-Fataawaa” (15/251)-abdurrahman.org

Not only this, if you sincerely had the intention to pray and fast and there was nothing hindering between you and performing them but menses, In Sha Allah you will get the full reward. (Gems of Ramadhan #5 by Ahmad Musa Jibril)

“The one who (always) desires to do good and is keen about it; if it is from his habit that he used to act upon it but was detained from doing it due to a reason, the reward for the complete deed is (still) written for him.

For example: If the person was in the habit of praying with the congregation in the Masjid, but he was detained from it due to a reason like sleep or sickness or something similar, the complete reward of praying in the congregation will be recorded for him without any deductions (in the reward).”

– Based on the hadith, “When a slave falls ill or travels, then he will get reward similar to that he gets for good deeds practiced at home when in good health.”
[Al-Bukhari, no. 2996, Commentary on Riyad As-Saliheen by Ibn Uthaymeen]

But Ramadan is not on a pause!

You can’t fast, pray or perform tawaaf (if you’re on Umrah) but it is still Ramadan and you can do everything else.

Not denying that it does feel a bit left-out, but who wants to lose out on the rewards? Every second of Ramadan is precious and we all want to make the most out of it.

Things you can do, In Sha Allah:

About touching the mushaf, it is recommended that she places a barrier and then touches, like wearing gloves, etc. The easiest option and a blessing for the women of today are the gadgets! You can read Quran on your gadget and there is nothing wrong with that.

The Prophet ﷺ said: “He who provides a fasting person something with which to break his fast, will earn the same reward as the one who was observing the fast, without diminishing in any way the reward of the latter.” [At-Tirmidhi]

So you can arrange an iftar with the intention of seeking this reward and the Most Merciful promises a reward equal to that of a fasting person.

One of the noble acts of worship is seeking knowledge. Seeking knowledge polishes your worship, increases your Emaan and makes beautiful your character. The Prophet of Allah ﷺ said: “Whoever travels a path in search of knowledge, Allah makes easy for him a path to Paradise.” [Sahih Muslim, 2699]

We live in a time when technology has simplified things for us. All we need is the urge to seek the good in it. Look for authentic websites, video lessons or books; read the ahadith with their commentary or learn Seerah and Tafseer.

One important note: You might get distracted or lost while choosing what to do. Plan ahead so you don’t waste time choosing. [Also read: The Four Best Women To Ever Live]

Don’t ever miss out on the daily adhkaar; especially the morning and evening ones. Take some time out and memorize some adhkaar from the ‘Fortress of the Muslim’ and hold on to them forever, In sha Allah.

Istighfaar (seeking forgiveness) is a much recommended dhikr; make it fluent on the tongue even when you’re busy with chores. [Also read: Which Acts Of Worship Are Best In Islam?]

The Prophet of Allah ﷺ said: “No people gather together in one of the Houses of Allah, reciting the Book of Allah and studying it among themselves, except that sakeenah (tranquility) descends upon them, and mercy envelops them, and the angels surround them, and Allah mentions them amongst those who are with Him”. [Muslim]

Note: keep seeking refuge from backbiting, gossip and tales bearing as these evils are very attractive in women’s circles.

The Prophet ﷺ said: “O womenfolk! You should give charity and be diligent in seeking Allah’s forgiveness because I have seen (i.e., on the Night of the Ascension to the highest heavens) that the majority of the dwellers of the Hell are women” [Muslim]

One of the things that excite women in Ramadan is shopping, not necessarily extravagant. You can’t deny it puts a smile on the face. But this is Ramadan folks! Let’s open our hearts, yearn for the reward and give lots in charity, In sha Allah.

Lastly, do not forget to revive the intention, the life of every deed. If you have more ideas, please share.