SHORTLY after arriving back in London for the last two weeks of Ramadan, one of my sisters informed me of her colleagues and boss who wanted to fast for a day to experience what she and the other Muslim in the office were physically and mentally going through. I was astonished at their timing because this year’s Ramadan (2014) meant that abstaining from food and drink was a lengthy 18 hour affair – something even Muslims were struggling to cope with. Nonetheless, I was eager to follow and record their genuine efforts.

Gary (who came up with the idea) spent few days trying to find loopholes. He was told that consuming nothing for the 18 hour day included water. But he was still adamant to find other ways and when he was told chewing gum was out of the question, he enquired about fasting winter hours  (the days are shorter) and even with Saudi Arabia who broke their fast four hours before the UK!

I would hear of funny rumours from the office, and although emotions were running a little high a few days prior to the experiment, I knew it was due to apprehension of the unknown combined with fasting for 18 hours on a hot summer’s day in London. Another colleague, William, wasn’t sure he could cope without water, but despite minor concerns or reservations, things looked promising for the ten non-Muslim members of Team Ramadan.

The True Spirit of Team Ramadan We were not sure how everyone would cope with a working and fasting day, but I was relieved that the team was fairly optimistic. And after I had seen the office’s new decoration;  posters of encouraging photos and messages to keep themselves motivated for the long day ahead, it was difficult for anyone to doubt the end result.

By monitoring events as they unfolded, I was also aware of how unusually quiet the office was becoming. Most seemed eager to preserve their energy and presumably, hang on to whatever saliva they had left! By midday, a member of Team Ramadan had dropped out, but (remarkably) the other nine remained adamant to complete the day.

As planned, I sent them a lunchtime questionnaire to not just distract them from the hunger game, but to also get a glimpse of what they were physically and mentally experiencing. If anyone was entertaining uncharacteristic thoughts, or considering cannibalism then the questionnaire was the only way to identify them! As the answers reveal, the team may have been hungry, but their sense of humour was by no means lost. I have selected few answers for every question and colour-coded the name and answer of each member.

1. Is this the longest you have abstained from food thus far?

William: No but the longest without water.

Andrew: Since the last famine in Europe.

2. On a scale of 1 – 10, how do you feel right now physically and mentally? 1 being terrible, close to hospitalisation or 10 invincible like Superman?

Aileen: 9 – I have no idea why but it’s now 4pm and I still feel fine (thankfully!). Should I be worried?

Andrew: Superman’s not invincible. I feel like I could eat him right now. Therefore 11.

3. How would you describe the mood in the office today compared to other days? (Use as many adjectives as you would like).

Amy: Surreal, quieter, sense of comradery (people are joking around but supporting each other)

4. How many times did you check the clock in the last hour?

Amy: Only once (But I was distracting myself by clothes shopping…)

Andrew: I need to get my blood sugar up before my vision is restored sufficiently to tell the time.

Natasha: HAHA! Way too many. It’s not moving!

5. Do you think that everyone taking part will complete the day? Feel free to name those you think will drop like flies before sunset.

Gary: I think everyone will make it. It is 3pm and I think everyone has pushed through the wall, so to speak. (Not that I know what my body will do next as this is by far the longest I have been without food or water… I get stressed out if I eat lunch more than an hour later than normal). If I had to put 1 name down to crack it would be B (aka William)

Andrew: Why is everyone out to lunch unless they have something to hide?

6. What was your family or friends’ reaction to what you are doing today? Gary: Most of them have not had exposure to Ramadan before. They can’t really understand why I am doing it..

Natasha: My mother is Muslim, and though I’ve never known her to fast, her very large extended family all do, so we are all used to being around fasters during Ramadan. Mum just said, “Why?” and nothing else….not sure what her tone is meant to mean! My friends think I’m bonkers for going without water for a day and don’t approve.

7. Is this the most difficult thing you have done? If yes, how do you plan to overcome this challenge?

Ian: No way, not even close!! But I still have huge respect for those who practice Ramadan, because one day is one thing, but for weeks on end…very impressive

Gary: It is definitely in the top few. Like I said I am ruled by my stomach… Similar feeling to doing a long hike or run, mostly in the mind, have to push through it.

8. Have you said or done something uncharacteristic of you which you would blame your fasting on so far? If so, what was it?

Aileen: None so far, I hope I don’t do anything rude to people on the train on my way home!

Andrew: I refused a cup of coffee.

Amy: I’ve not said anything to anyone out loud but my mentality is pretty cranky and small issues I’ve been having recently with friends seem to be blown out of proportion in my mind right now. I’ve gone from being mildly annoyed to seriously hacked-off (which is why I will go out of my way not to speak to them today – or at least not until I’ve had something to eat and drink!)

9. If you could turn back time, what would you have done different last night? Ate more, drank more water or do you wish you pulled a ‘sickie’ today?

Gary: I would have force fed myself some suhoor at 3am. I was not in the mood when I woke up..

I probably would have tried to drink more for the whole day, not just in the 2 hours before I went to bed

Andrew: Flown to the South Pole.

10. Finally, what do you plan on eating at sunset? A bowl of cereal.

Natasha: Ilham has made us some Samosas and brought in some amazing-looking Saudi Arabian dates (which I think you got, thank you!) which I have honestly been dreaming about all day. If I had any saliva, I would be salivating over the thought of tucking into my Samosas later….I shouldn’t have looked at them, they look too delicious…

Andrew: The first person I see.

At the End of the Day

At 20.02pm (about an hour and three minutes before sunset) William broke his fast.  His excuse? Because he lives in Kent, a county that borders Greater London and has a nominal border with Pas-de-Calais which is near Calais in northern France, he thought it was a good idea to break his fast with France – by far the best excuse I have ever heard! So in the end, eight out of the ten contenders completed the day with UK time zone. Messages of relief were coming through at iftaar (sunset) time, and one colleague was listing the amount of things she had consumed in fifteen minutes and what was still on the menu!

Aside from the humour, the experiment proved that we all have what it takes to put ourselves in others’ shoes, and that collectively, (and with the right attitude) people can overcome even something as challenging as (voluntarily) abstaining from food and drink for 18 hours.

I sincerely applaud Team Ramadan for ‘giving it a shot’, for their unwavering spirit and for supporting their two colleagues who were religiously obligated to fast for the month. I am positive that they can now appreciate what 1 in 4 people in the world experience every year for a month. They can now at least say ‘ I know what it feels like’ even if they never attempt this again.  Most importantly, I believe they have demonstrated that their willingness to optimistically participate in this voluntary cause was a genuine indication of how determined, efficient and performance driven they are generally as a team – and that’s something they should all be proud of. 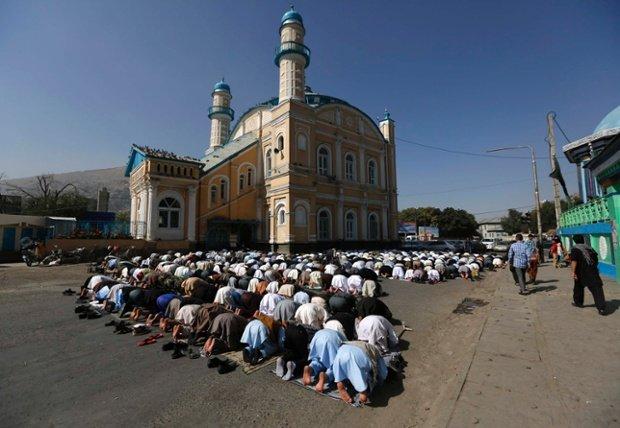 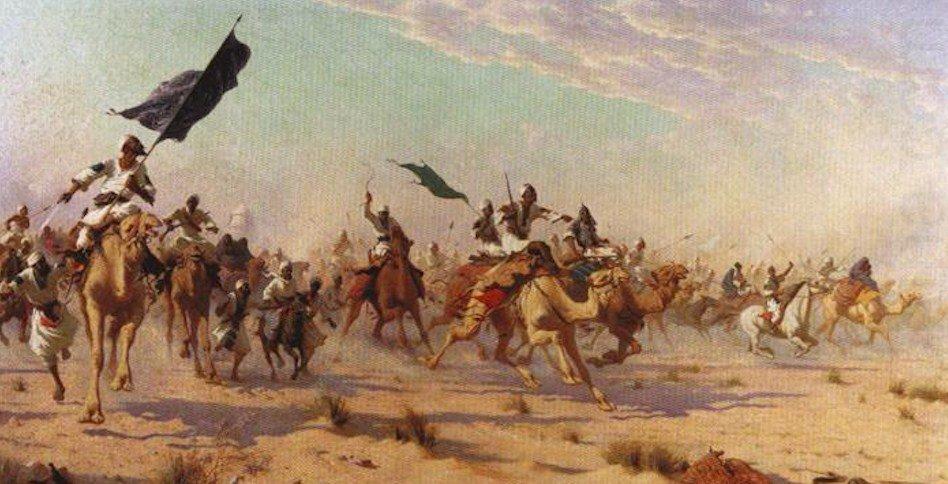