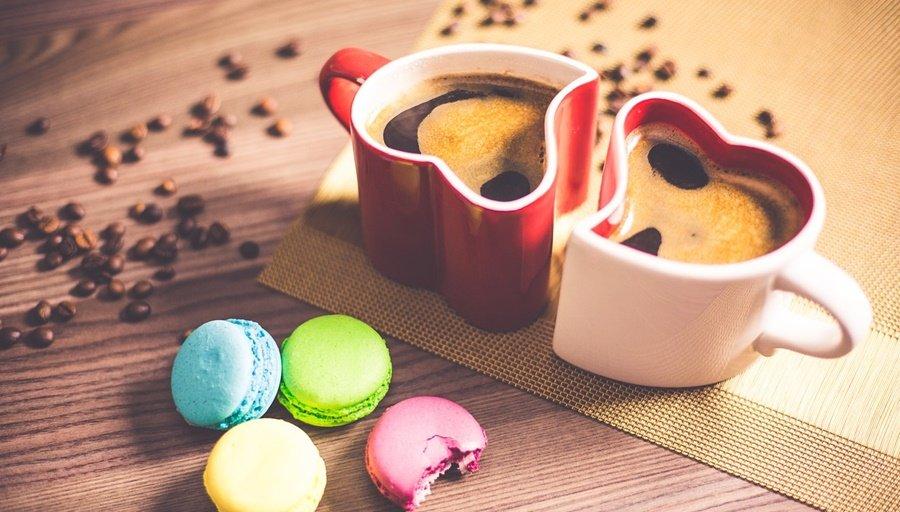 Ramadan Rules For Marriage And Intimacy

Is Marriage In Ramadan Permissible Or Impermissible?

Marriage can be contracted during the month of Ramadan, unlike the days of Hajj. However, the person who is fasting in Ramadan must refrain from eating, drinking and intercourse from dawn until sunset. If someone can exercise self control during the fast, and there is no fear of doing something that will break the fast, there is nothing wrong with getting married in Ramadan.

It is seen that usually newlyweds cannot be patient and there is the fear that they may do something forbidden (intercourse while fasting) and they may fall into grave sin.

Expiation For Intercourse While Fasting In Ramadan

Expiation is counted by the number of misdeeds (i.e. whoever had intercourse on two different days must pay expiation twice) because each day is a separate, independent act of worship, so the expiation for both cannot be combined. If the act of intercourse happened several times in one day, the separate acts are not counted [i.e. one expiation is sufficient]. (Ref: Mughni al-Muhtaaj)

Abu Hurayrah (may Allah be pleased with him) said: “Whilst we were sitting with the Prophet ﷺ, a man came to him and said: ‘O Messenger of Allah, I am doomed!’ He ﷺ said, ‘What happened to you?’ The man said: ‘I had intercourse with my wife whilst I was fasting.’ The Messenger of Allah ﷺ asked: ‘Could you find a slave you could set free?’ He said, ‘No.’ He ﷺ asked, ‘Are you able to fast for two consecutive months?’ He said, ‘No.’ He ﷺ asked, ‘Can you feed sixty poor persons?’ The man said, ‘No.’ The Prophet ﷺ fell silent. Whilst we were (sitting) like that, the Prophet ﷺ was brought a container of dates. He ﷺ said, ‘Where is the one who was asking?’ The man said, ‘I (am here).’ He ﷺ said, ‘Take these and give them in charity.’ The man said, ‘Who is poorer than I, O Messenger of Allah? There is no household between the two lava fields (i.e., in Madeenah) that is poorer than my household.’ The Prophet ﷺ smiled until his back teeth could be seen, then he said: ‘Feed it to your family.’” (al-Bukhaari, Fath, 1936).

Intercourse During The Day In Ramadan Out Of Ignorance

The legislated expiation is freeing a slave; if he cannot afford that, then he must fast two consecutive months. If he is unable to do that then he must feed sixty poor persons, giving each one half a saa’ (measure of weight) of the staple food of the country.

If someone has intercourse during the day in Ramadan, while being obliged to fast because he is an adult, in good health and settled (not traveling), but he was ignorant of the ruling – there is a difference of opinion among the scholars in this case.

If this person cannot free a slave or fast, it is sufficient for them to feed sixty poor persons for each day that they had intercourse.

If a person had intercourse several times on one day, one expiation is enough for that. This is to be free of blame, avoid an area concerning which there is scholarly dispute, and to make up for missed fasts. If a person does not remember the number of days on which they had intercourse, then offer expiation for the higher number in case of doubt.

Intercourse In The Night During Ramadan

Intercourse during the day in Ramadan is haraam (impermissible) for men and women alike, who are obliged to fast during the day. Doing that is a sin for which expiation (kafaarah) must be offered.

Intercourse during the night in Ramadan is permitted and not forbidden, and the time when it is permitted lasts until the onset of dawn. When dawn comes, intercourse becomes forbidden.

Allah says (interpretation of the meaning):

“It is made lawful for you to have sexual relations with your wives on the night of As-Sawm (the fasts). They are Libaas [i.e. body-cover, or screen, or Sakan (i.e. you enjoy the pleasure of living with them] for you and you are the same for them. Allah knows that you used to deceive yourselves, so He turned to you (accepted your repentance) and forgave you. So now have sexual relations with them and seek that which Allah has ordained for you (offspring), and eat and drink until the white thread (light) of dawn appears to you distinct from the black thread (darkness of night), then complete your Sawm (fast) till the nightfall”  [al-Baqarah 2:187]

This verse clearly states that it is permissible to eat, drink and have intercourse during the nights of Ramadan until dawn.

After having intercourse it is obligatory to do ghusl (ritual bath) then pray Fajr.

Kissing, Hugging And Foreplay During The Day In Ramadan

Any action that results in discharge of semen violates the fast, even if it is not intercourse. Violating the sanctity of this great month and invalidating fasting are serious violations. A compensatory fast is due for the day on which a person discharged semen without penetration, because fasting was invalidated by the intentional discharge of semen. However, according to the majority of the scholars, no expiation is due on such a person because of the discharge of semen only as long as it was not caused by sexual intercourse.

Maliki scholars are of the opinion that major expiation (of fasting two months consecutively) is due for the intentional discharge of semen by kissing or physical contact or foreplay, even if one usually does not discharge semen whenever he does any of such things nor persists in doing any of those till he emits semen.

Having An Involuntary Wet Dream During The Daytime In Ramadan

This does not affect the validity of fasting because the pen of recording deeds is lifted from the sleeping person; i.e. he is not held accountable for his deeds because he has no way to avert what he encounters during his sleep.

However, he should make ghusl once the time of the prayer comes, based on the words of Allah, the Almighty, (what means):

Do not approach prayer while you are in a state of janabah [state of major ritual impurity] until you have washed [your whole body]. [Quran 4:43]

Ibn Qudaamah, may Allah have mercy upon him, said about the one who kissed and discharged semen while he was fasting:

“His fast is broken, a fact over which there is no difference of opinion, to the best of our knowledge. Discharge of semen through physical contact is similar to ejaculation through sexual intercourse but without penetration.”

Similarly, if the discharge of semen results from looking repeatedly (at something that arouses the desire), it invalidates fasting according to the predominant opinion in the sight of some scholars.

If the discharge of semen results from having arousing thoughts only, it does not invalidate fasting. The evidence is the statement of the Messenger of Allah , who said, “Verily, Allah has forgiven the people of my Ummah (community) the evil thoughts which occur to their minds as long as they do not execute them or speak of them.” [Al-Bukhaari and Muslim]

Those are the states of the discharge of semen and their effect on the fast of the one who is competent for religious assignment. It is due on the one who discharges semen in any of those cases to make ghusl when the time of prayer comes, and offer prayers.

The Prophet ﷺ And His Wives In Ramadan

‘Aa’ishah, may Allah be pleased with her, reported, “When the last ten days of Ramadan came, the Prophet ﷺ would stay up all night, wake his family and gird his loins.”

‘Aa’ishah, may Allah be pleased with her, said, “I said, ‘O Messenger of Allah, if I know which night is Laylat-ul-Qadr, what should I say on that night?’“He said: “Say: Allahumma innaka ‘afuwwun tuhibbul-‘afwa fa‘fu ‘anni (O Allah, You are Ever Pardoning and You love pardoning, so pardon me).” [At-Tirmithi] 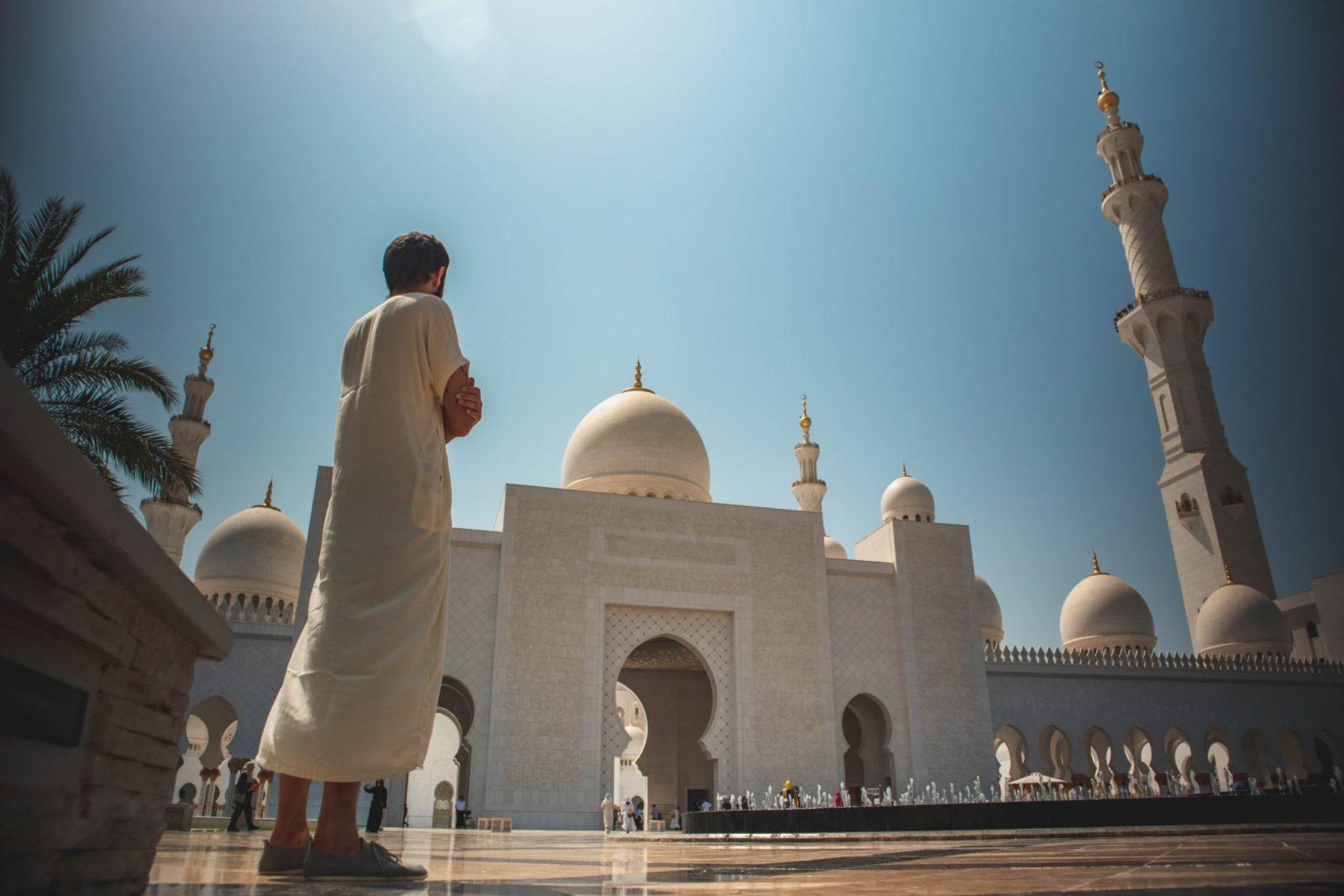