Sakeenah: A tale that needs to be heard

Sakeenah quickly parked her car, removed the grocery packages and glided down the staircase so that she could reach her flat on time to serve lunch.

“Assalaaamualaikum!” she said, panting to catch her breath.

Yaa Rab Alhamdulillah! Sakeenah managed to utter the words after her loud sneezes.

“Where were you Sakeenah? Haven’t you looked at the clock? Look at the time, it’s 2:30,” echoed her mother’s shrill voice. She stood across the door with arms folded across her chest and a furious look in her eyes, dressed in maroon trousers and black cardigan.

Slightly confused by her words, Sakeenah said, “But I am on time, what’s wrong?”

“Aysha is waiting for you at school, you had to pick her up, didn’t she tell you a million times before she left home? But yes, how could the princess remember, when her brain is occupied with WhatsApp and Facebook all the time?” grunted her mother, throwing the magazine hard at Sakeenah’s face.

Sakeenah managed to say, “Sorry maa, I got caught up at the electricity office, the line was huge and then it completely slipped from my mind.”

“You always mess up, and then we get these lame excuses. Irresponsible even at the age of 21, how awful is that Sakeeenah!”

Interrupting, her mother continued, “Aysha must be waiting, some thug might have even kidnapped her by now! I can’t bear the sight of your face, just get out of my sight!”

And quickly the heated argument changed into a one-sided war, slap after slap striking her cheeks, fierce blows with rods, leather belts, sticks, anything and everything that lay within reach.

It seemed as if everything that happened in their two-bedroom house was Sakeenah’s fault. She was blamed for everything and faced constant taunts, terrible abuse, beatings and every cruel act that could drive a person insane.

A deprived child, craving the love of a mother who hardly cared for her wellbeing. The neighbors sometimes came to her rescue, to stop her ruthless mother, who always took out all her frustrations on the helpless little soul in her custody. Sakeenah means peace, tranquility and calmness, yet these were precisely the elements lacking in her life. Yet, she was like a morning breeze, always ready with a beaming smile and loud laughter.

Her sister Aysha recounted, “She was a dreamer, who dreamt beyond imagination and worked without limitation. A vivid artist who painted through her heart, she excitedly blended every color of her emotions and spilled them on the bare canvas, filling it with life and dazzling beauty. She adored simplicity, she found bliss in nature: the scent of flowers, the hush of the leaves, the rhythm of the rains, the melody of the breeze, it startled her being and her heart swelled with love and awe towards the magnificent Creator.”

She wanted to be a da’iyah, calling people to Islam and studying Qura’anic sciences as the aayaat of the Quran amazed her every time she came across them. But everything was blurred in her life, she was not valued at home and due to the constant suffering, she just let everything go for the sake of her Lord.

At merely 21 years, life had given her painful experiences, harsh wounds and exposed her to unbearable realities. All she knew was one fact: There is no one more Loving and Comforting than Al Wadood, so she always turned to Him in her heart and believed in a bright future, a tomorrow which would take away all her pains and gift her divine ease and something which she could never feel, Sukoon, from where emerges the word Sakeenah. Little did she know, it was awaiting her only in Jannah…

In spite of being responsible, mature and an adult, Sakeenah was a victim of physical and emotional abuse, and she believed in enduring it patiently — which was probably the wrong choice. She suffered at the hands of her own mother, and paid a huge price for it. Being a sensitive soul, it began affecting her emotionally. Her trials were masked, and she wanted it to remain that way.

She was active around the local community where she volunteered often for various programs, yet no one knew the storms she was facing internally. A girl who was loved by all, she embodied her name Sakeenah on the outside, but was shattered within.

At a tender age, when girls dream of marriage, harassment followed by rape by her own cousin left her in deep despair. And the kind of bond she shared with her mother left no room for confession or comfort.

It was a horrific trauma, it wasn’t just her clothes that were ripped apart, but her ‘Izzah, her honor, staining her for a lifetime. There was no one she could consult except her neighbor, who was a gynecologist.

She tried to fight all her demons alone, because she knew that if she was ever exposed, the society she lived in would not support her, not even her own extended family.

Solitude was her companion, friends just didn’t seem the right people to talk to, and so she tried to hold on to the rope of faith, till one fateful day when it all got too much to bear, Sakeenah lost her life to a heart stroke…

A sad demise? An insane story? But hey, Ahlan wa sahlan! This is the real world, of which I just shared a short snippet. There are thousands who go through similar situations and worse. They mourn behind closed doors and wet their pillows in dark prisons. There are many more Sakeenahs out there, screaming for justice, which indeed will be done the Day of Qiyaamah, if not here.

Parenting is a tough task; it’s an Amaanaah, entrusted to you by the Lord of the Universe, so fulfill it with all that you have. We often blame children and focus on Birrul waalidayn, but what about the Huqooq Al Atfaal?

As a friend said, “It’s essential to give the Haqq (right) of every one, to make all the pieces of life fall into their perfect place. It all starts when you snatch someone else’s right, then the fitnah begins because now ‘dhulm’ has entered the picture, when you take away the right, you end up being a dhaalim.”

Why didn’t Sakeenah confide in her mother or anyone else about her rape or her illness? Because although she thought she was strong, she had given up internally. She had lost all hope in her own bonds.

Children — whether teens or adults — need support, care and spiritual nourishment. You need to be their friends first before their guardians, so when things go wrong they come straight to you.

We often hear parents talking about the cruel and sometimes dangerous punishments to which they subjected a disobedient child, but the question to ask them is: Do you want your child to be amongst the inhabitants of Jahannum? Would you be able to see him boiling in those hot fierce waters and gulping down bitter and foul meals that cut up their insides?

Then WHY make it hard for them to obey you?

Why can’t we have parents who appreciate whatever little is done, forgive when blunders are committed, and accept our children again after the ‘lost and lesson learnt’ phase in their lives?

Know that you are their gardener; you have all the right to discard the weeds destroying your garden, but do water them with love and warmth so that they grow and flourish.

Especially your daughters. In the fitnah-filled world of today, she really needs you!

SHE specially because the world is a terrible place for her, where every now and then a struggle awaits her and if you don’t care to lend an ear or support then the Shaytaan will engulf her taking advantage of the situation, as he excels at this. Eventually the Ummah will lose its pillars – the youth, the pioneers of this Deen. Who is to be blamed then, but you and I?

It’s alright to chop off their wings if they have taken a wrong flight, but if they are on the right track, trust them with your hearts and let them fly, allow them to make their dreams into a reality. And for Allah’s sake, do not differentiate on the basis of gender, yes she is a girl child but she will make you proud one day but LET HER DO IT. GIVE HER A CHANCE!

Don’t be harsh on her and let her rot in the kitchen because this is what society commands. Never raise that hand on those innocent cheeks because she is a delicate flower and her blooming is directly proportional to the habitat she resides in; make it a peaceful and joyous growing phase.

Recognize her struggles and be the defending sword in her battles.

Marriage is not the destination but Jannah is, allow her to work for it, watch her if she stumbles and aid her in building the castle of her dreams and smile with pride when you watch her getting in there.

She wasn’t bestowed upon you so that you exploit every part of her being till the time comes and then give her off to some foolish man, who further increases her suffering.

In fact she was born to be a jewel, appreciate her approach to life, admire the path that she chooses, watch her footsteps, hold her soft hand, love her for who she is, assuring her of your complete backing if she slips and then see how she changes the world!

The ultimate joy for you will be gazing at her swim in the rivers of success. You are her guardians, in your pleasure and acknowledgment, lies her true happiness.

One of the worst things you could do, is strangle her voice that needs to reach the world, snatch away her identity which is her honor, knock her down, engulfing her in cultural shackles. Don’t do this, don’t!

Allow her to explore her talents, to breathe the fresh air, to gulp down the waters of beneficial knowledge, and bask in the glory of her achievements.
That’s her life, otherwise she will break, and every shattered piece of her heart shall scream for A’daalaa (Justice)….

Indeed He is enough, and He is the best of Judges, He shall compensate the losses for all the Sakeenaahs, but be ready with your answers for the Dhulm that you have committed by showing your back to your daughters on Yawmul Qiyaamah… 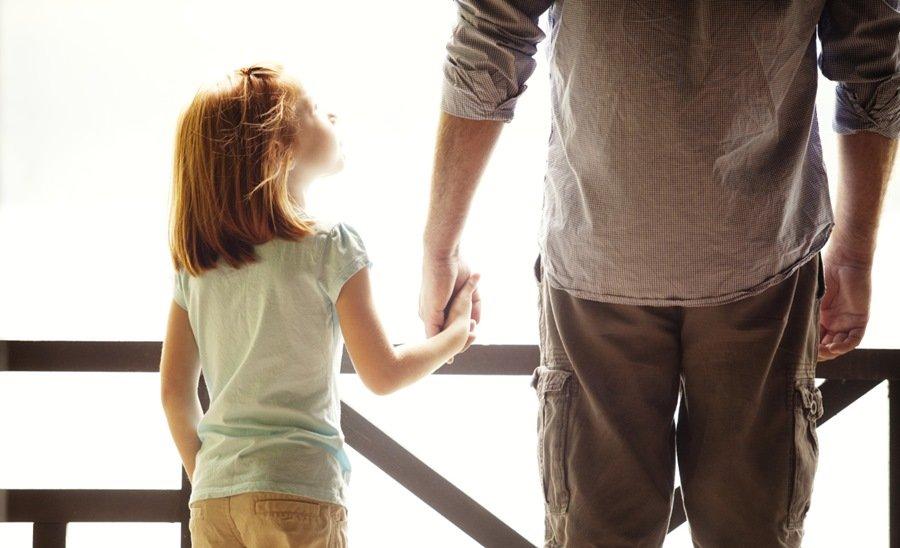 — FICTION — HOPE and trust are two things which easily crumbles down during the testing times, when there seem