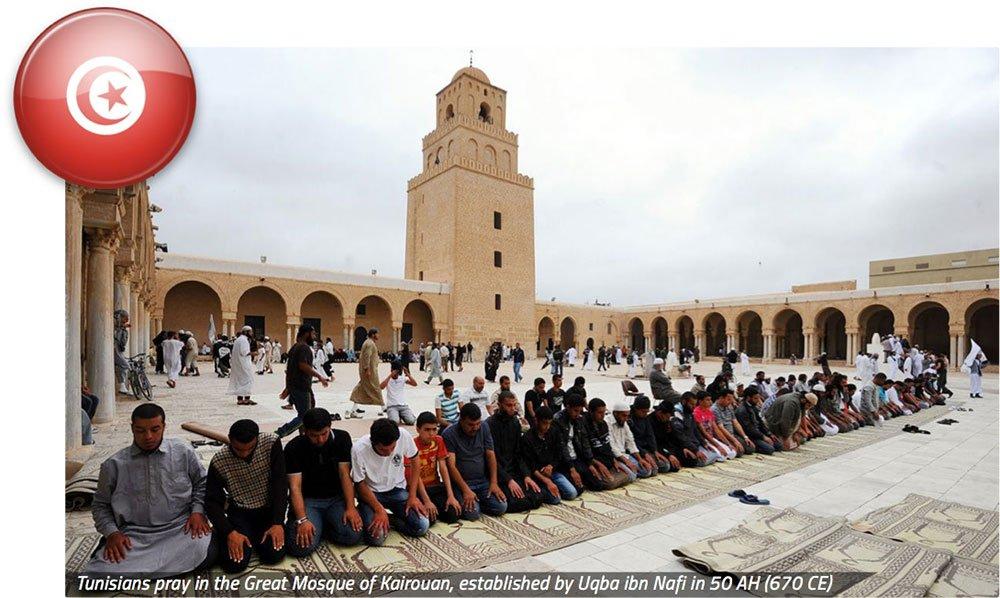 TUNISIA – Ramadan Around the World

THE glorious month of Ramadan is special in Tunisia, where life takes a different course, marked with special customs and traditions. The families decorate the front of their houses and those caring for Mosques give them an extra coat of paint and light up the minarets with lamps.

The Tunisian family is reunited and strengthens its bonds during this month, which the Tunisians call the “Month of Meeting”, because members of each family find themselves around the same table every day at Iftar (end of the fast). The bonds of solidarity and fraternity consolidate and people visit family and friends frequently.

Many families residing close to a Mosque offer worshippers milk and dates before prayer and the Iftar meal after. In the cities, caravans of solidarity are organized to provide Iftar for the poor and needy. During the month of Ramadan, thereis a large increase in the number of worshippers in Mosques throughout the country. Thousands of citizens hasten each day not only to pray the ‘Asr (afternoon) prayer, but also to take part in the circles of “Thikr” (Remembering and supplicating Allah) and religious seminars organized daily in the Mosques after the ‘Asr and Maghreb (sunset) prayers.

The Mosques are frequently overflowing, they are so full that men, women and young people have to pray in the streets and neighboring public spaces.

One particularly noticeable phenomenon in the last few years has been the large surge in the number of young people, boys and girls, who go to the Mosques. Observers refer to this as “rebirth of the faith”, which impregnates Tunisian society during this glorious month. Tunisian families begin their preparations for Ramadan, on the moral and material levels, especially the women who are to prepare meals for Iftar.

They prepare “hlalem”, a kind of traditional paste used for the daily soup, “bssissa” a very nutritious mixture containing corn, coriander, chick-peas, sugar, olive oil and salt and the “brik, a triangular wafer stuffed with eggs, meat or fish and fried in oil.

The majority of cities organize various cultural and artistic activities during the long evenings, where a convivial family atmosphere prevails.