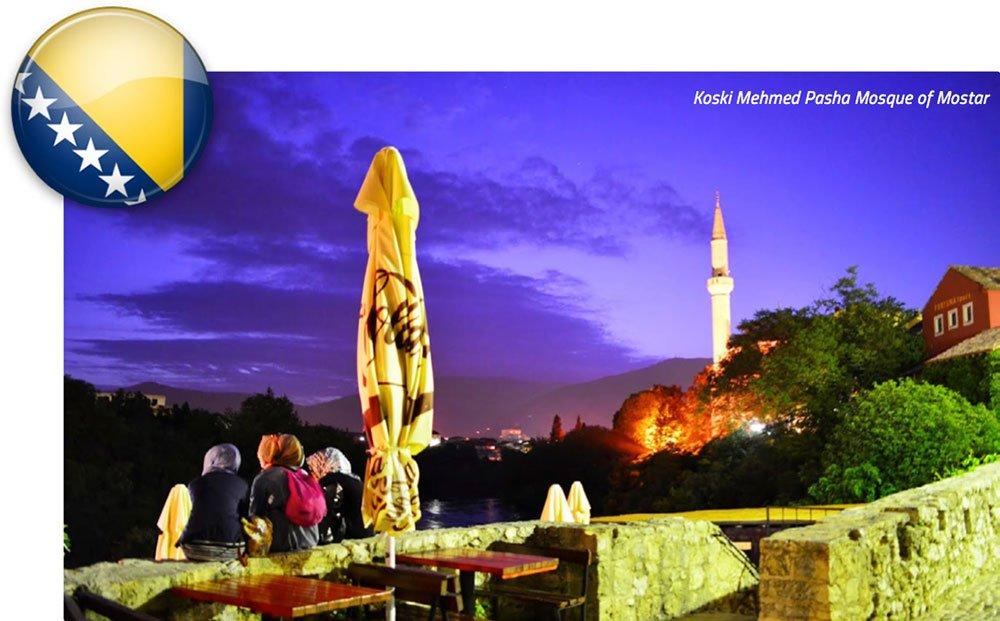 THE BALKANS – Ramadan Around the World

MASJIDS in the Balkans witness great crowds in the days of Ramadan as Muslims visit them from everywhere whether they are used to praying or usually abandon prayers. Yards and playgrounds, like the commercial hub in the middle of Sarajevo, witness a great number of people praying.

In Mostar, Muslims pray in thirty-seven different places. The Mufti of Mostar leads the worshippers in prayer in the cultural center of the University of Mostar. In Zvornik, the Mufti of the Eastern province of Bosnia leads people in prayer in the largest Masjid in the region. Masajid in Bosnia witness an unparalleled attendance of youths and adolescents, with young people occupying the first rows when performing the five prayers and Taraweeh. Many people have Iftar at the masjids before performing the Maghrib prayer. Afterwards, they go to their homes or collective Iftar centers.