Islamic Online University began with a vision to make Islamic education accessible through the Internet to anyone in the world. Starting with humble beginnings, the IOU had to face a multitude of challenges to make this incredible vision a reality – none of which would have been possible without Allah’s support and then IOU staff’s hard work. Today the IOU has over 190,000 registered students from 228 countries, alhamdulilah

EDITOR: HOW DID IT ALL START?

DR. BILAL: After teaching Arabic and Islamic Studies at the American University in Dubai (AUD) for 6 years, around the year 2000, I got the idea of starting an Islamic university online using the material which I had developed at AUD as an alternative to the distance learning method of mailing tapes and books to students, exams over the telephone, papers mailed, which were used by the American Open University in Washington, D.C. and the London Open College based in al-Muntada’s headquarters in London.

My son, Yusuf Bilal Philips, was studying programming at the time. I enlisted his technical support to create a system where students could register online. Their details were saved in a database, payment of fees was by bank-to-bank transfer or Western Union, and students could access the course material online.

I started with one course, The Moral Foundations of Islaamic Culture. This is based on a book which I published at that time; which was itself based on a course I had taught at AUD.

The online course was without video or audio and was just a text divided into modules. Each module had questions which were to be answered and submitted online with a mid-term and final exam consisting of multiple choice questions.

Dr. Judy Muhammad, who was a professor at the University of Phoenix in their online distance-learning campuses, advised me as to how to prepare the classes for online study.

I informed many people who were in email contact with me about the launching and an increasing number of students registered. Among the early students was our vice-chancellor, Sameer Khan of India, who was living in Oman. As the registrations increased, the management system devised by my son began to falter.

By the end of the first year, my son informed me that he did not have sufficient knowledge of programming to save the system. He advised that I shut it down until he learned how to do it properly. Learning management systems at that time were extremely expensive for me to contemplate purchasing.

I had no other choice, sadly, but to close the university and inform students that once we reopened their payments and credits could be transferred, otherwise they would be reimbursed if they did not wish to wait.

EDITOR: HOW WAS THE DIPLOMA SECTION CREATED?

DR. BILAL: Sameer Khan contacted me after the IOU was closed and offered his voluntary services for any online work that I needed done. I gave him some tasks on my website including the research on good and bad Islamic sites which may be seen here: http://www.bilalphilips.com Sometime in 2006, I was informed of an Open Source Learning Management System called Moodle. Being “open source” meant that Moodle was free.

I asked Sameer to look up Moodle and see if he could learn to manage it and deliver IOU’s courses through it. My son, Yusuf, installed the Moodle software on the IOU server and Sameer managed the front end of the system. After some time studying the system, we were able to re-launch the IOU with the Diploma courses. Sameer took on the role of coordinator. We started off with two courses: Foundations of Islamic Studies and Da’wah Training Course.

SAMEER KHAN: It has been our observation that Allah has always provided the IOU with the personnel it needed at the time it was needed, alhamdulilah. Throughout IOU’s history various people, recognizing its potential to spread knowledge and finding in it a fulfillment of the yearning they themselves felt, have contributed in a multitude of ways.

After the initial start, the IOU faced technical challenges again because Moodle, being open source, needed programmers and developers to support it.

Sadiq Shaikh, an Indian working as an IT Consultant in Oman, stepped in to support with his multi- faceted skills, which included programming, web designing, server management and even graphic designing. He was the first regular contributor to IOU’s IT needs and remains a core part of the IOU team to this day.

Among the early students was Imran Ayub who became our first facilitator. His insightful posts in the students’ discussion forums earned him recognition and he was invited to be a facilitator after he completed some courses with top scores. Those who had joined in the beginning may still remember his fitting refutation of a deviant post by a student in one of the courses in the early days of the GDIS (General Diploma in Islamic Studies).

Also, among the early students was Hunain Aijaz. His path to joining the IOU team was a small step on his part that proved the start of a long journey by Allah’s will. On Sunday 21 October 2007 at 5 p.m. GMT, Dr. Bilal Philips did the first ever live chat session with the students of the FOIS (Foundations of Islamic Studies) course.

This session was a text-only chat as the IOU did not have a platform at that time for audio/video live sessions. Hunain attended the chat as a student and wanted to ensure that the chat could be made available to those who had not attended. Having saved the chat text, he emailed it to me. I recognized his spirit of wanting to spread Islamic knowledge and invited him to join the fledgling IOU team.

Hunain came in at a critical time of the expansion of the diploma section. Students were joining by the thousands and the demand was increasing for more courses. At this time, Hunain took up the role of course creator with gusto. He was instrumental in setting up 14 courses of the Diploma section, ma sha Allah. He also served as the facilitator for several courses and is currently the Chief Academic Coordinator of the BAIS.

Farhan Karmali, another student of the Diploma campus, was introduced to me by Hunain. He had just completed his BSc (IT). Being a programmer himself, he wanted to improve the learning system and tweak it to IOU’s needs. He took up the task of learning Moodle programming at a professional level. With his joining, IOU advanced on the technological front in its quest to give the students the best learning experience possible. Farhan has now completed his Masters Degree in Computer Applications and is part of IOU’s IT team as a Virtual Learning Environment Developer. He is an invaluable asset to IOU’s operations and in keeping the campuses online and running smoothly along with a dedicated team of IT experts who joined later.

Sister Muminah, who started as a student and did well in her courses, became a facilitator and then the first official head facilitator. Under her leadership, the facilitator service was strengthened. She is now IOU’s Centers Manager and handles the registration of and communication with all 920 registered exam centers globally.

Sister Faria then took over the helm of facilitator services from Sister Muminah when the latter was entrusted the task of Centers Manager. Sister Faria took it further. A bright and vibrant personality, she added a spirit of energy to facilitation. May Allah bless her in her talents and abilities. Ameen.

The Head Facilitator of IOU manages a team of volunteer facilitators, identifies potential facilitators from among the top students and recruits and trains them. Since Sister Faria has moved on to other tasks within the IOU, the new Head Facilitator is one who many students know: Sister Umm Afraz.

EDITOR: WHEN DID REGISTRATION AND INSTRUCTION BEGIN?

EDITOR: WHO CREATED THE CONTENT AND FROM WHERE WAS IT TAKEN?

SAMEER: Initially for the diploma campus, the courses were from lectures and lessons recorded by Dr. Bilal. Later, we approached other scholars for permission to use their recorded courses that we found useful and in a format that could be used online by the IOU.

SAMEER: It all began with The Foundations of Islamic Studies and Da’wah Training Course. In time, more courses were added, some of them being:

Currently, there are 30 regular courses and 5 sisters-only courses.

EDITOR: HOW MANY FACILITATORS WERE THERE IN THE BEGINNING AND HOW MANY ARE THERE NOW?

DR. BILAL & SAMEER: Initially the courses were managed by Sameer who was the coordinator. But within a short time of starting the courses, Imran Ayub from the UK joined in and became the first facilitator of the diploma section. Currently, there are 20 facilitators serving as volunteers.

EDITOR: HOW HAVE THE NUMBERS OF STUDENTS INCREASED SINCE 2007?

SAMEER: In 2007, we started with 1,450 registered students. The IOU now serves over 190,000 students from 228 countries. The statistics are available here: http://islamiconlineuniversity.com/statistics.php

♦ Among the early testimonials we received on the Diploma was from a 70-year-old revert Muslim living in the Australian outback.

♦ The university has the following online campuses offering different courses of study:

We ask Allah to continue to bless the IOU and make it a source of Islamic education for many more people. Ameen. 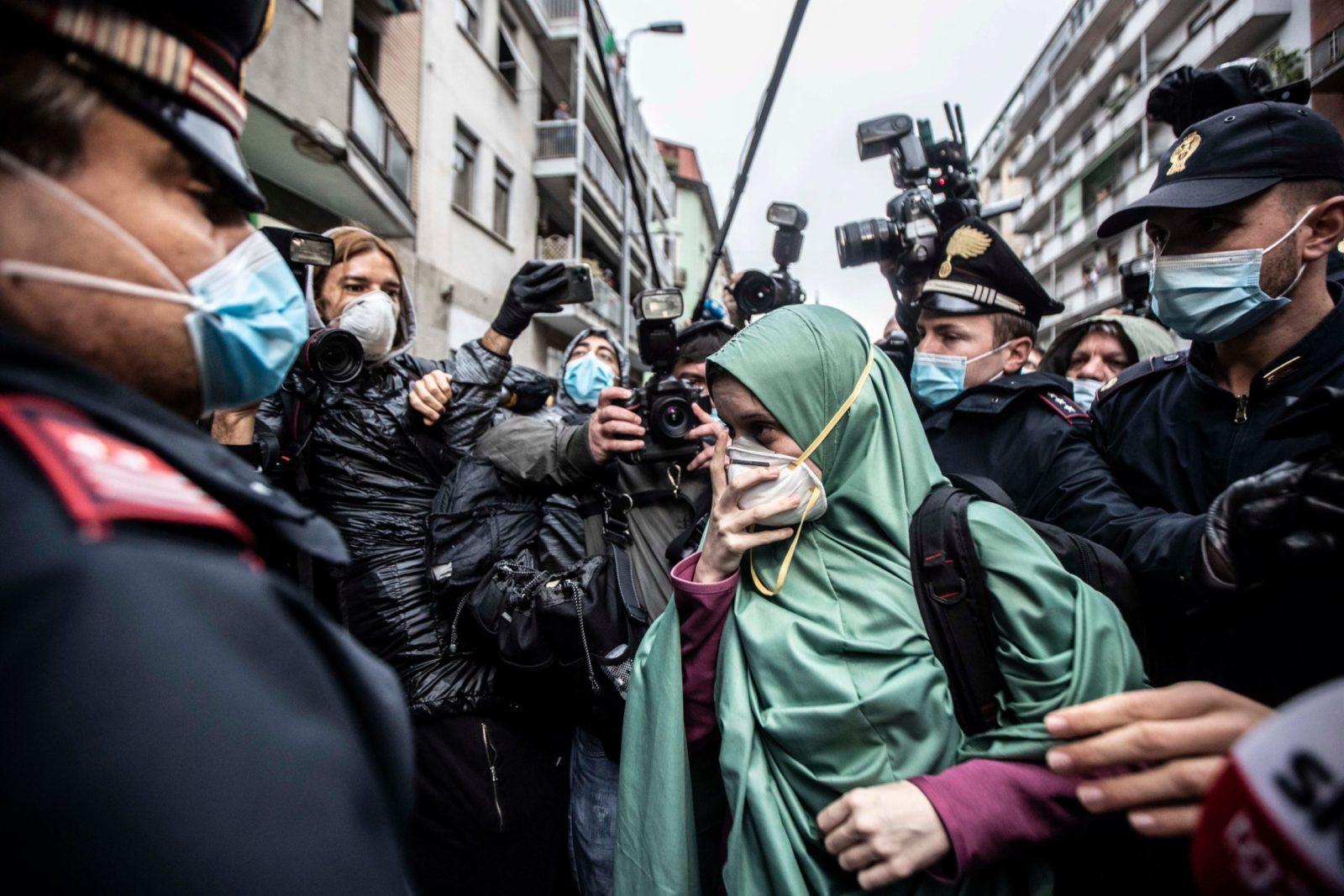 Silvia Romano, an Italian aid worker was kidnapped in November 2018 by gunmen linked to the Somali armed group al-Shabab 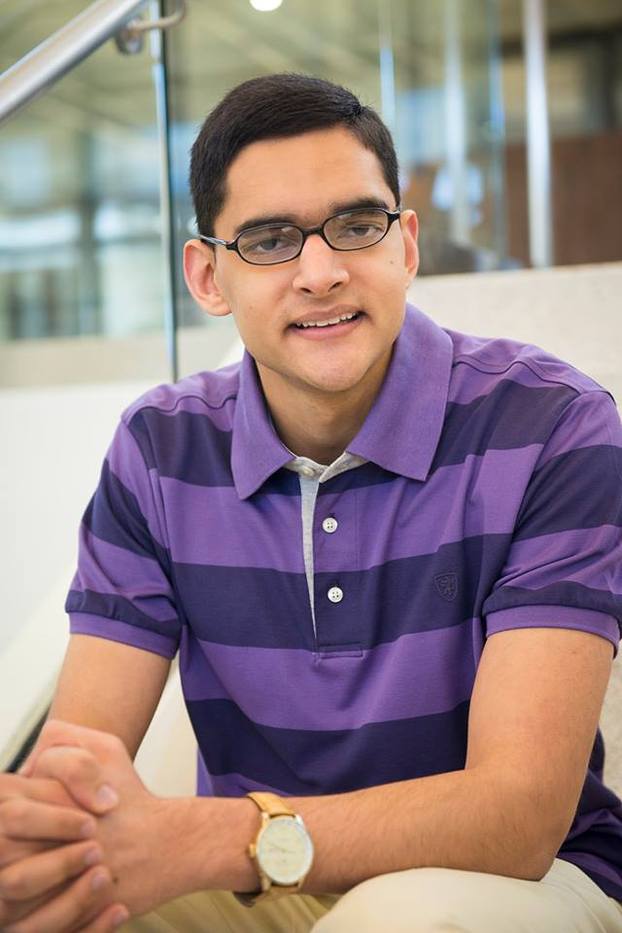 A Muslim novelist who has published so far eight books, seven of which became best sellers, ma sha Allah, congratulations, 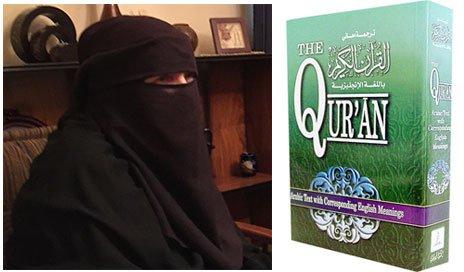 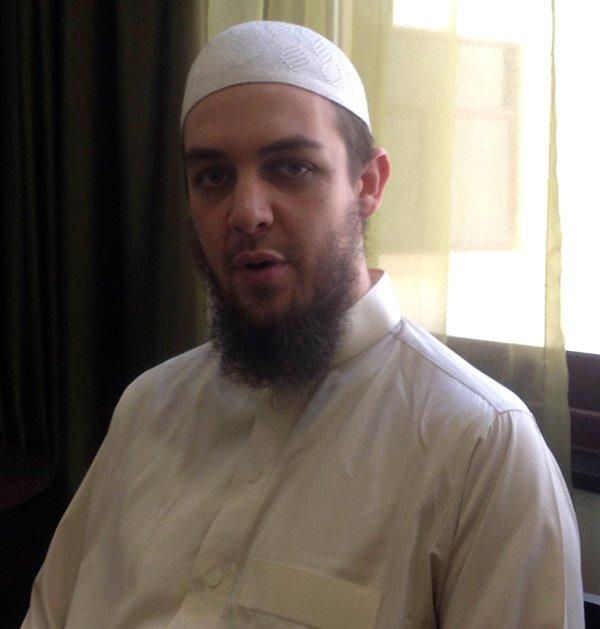 Interview with Tim Humble: ‘Ruqyah has become a means of exploitation’