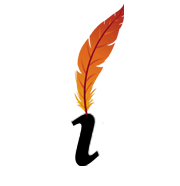 Be Proud, You are a Muslim!

“Verily, we were a disgraceful people and Allah honored us with Islam, so if we seek honor from other than Islam, then Allah will humiliate us.”
– Umar ibn Al-Khattab رضي الله عنه

THE statement reads as if Umar رضي الله عنه was addressing us, the Muslims of 21st century. How saddening it is today that many Muslims when in a global environment lose confidence while ‘admitting’ their faith, let alone expressing it?! How terrible that a people who have Islam feel inferior to those they should be guiding!

Why should you feel weak? In a world enveloped in confusion, Allah has honored you with clarity in every aspect of human life. Why do you lose confidence when you have believed in Allah, the Owner of the Universe? What is more defeatist than when the people of truth take a backseat and the people of falsehood lead the way?

Honor and success comes from Allah, not others. Take the example of Ibrahim عليه السلام. Allah tested his obedience when he was asked to put his beloved son for sacrifice. Ibrahim عليه السلام submitted though he didn’t know why. Allah replaced his son with a ram and made the deed an example for millions and millions to follow until the Day of Judgment. What honor!

Obey Allah because He alone deserves obedience and He alone gives success. “…to Allah belongs all honor…” [Surah Munafiqoon] Surely enough, how were the Arabs before Islam? Who could have thought during the time that in less than 100 years the same people would be ruling from Spain to nearly the Indian subcontinent and beyond? And the ultimate success is in the hereafter.

So, raise your head, you are Muslim! Seize your role, live your faith and guide others. Ibn al-Qayyim wonderfully captures the essence of this editorial in one sentence: “Enough honor for you is that you are slave of Allah and enough pride for you is that Allah is your Lord.” [Al-Fawa’id, 1/35]